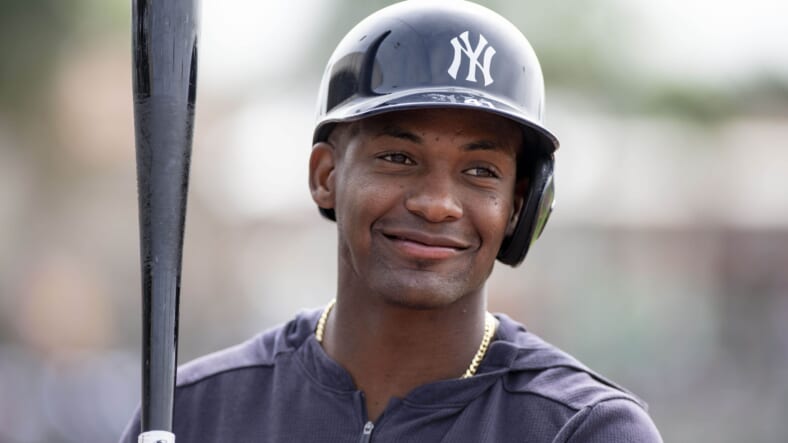 The New York Yankees have had a tremendous trade deadline thus far. Heading into the deadline, the Yanks had a few needs. They needed a new outfielder, a top-tier starter, and some relief help.

The Yankees accomplished their goals ahead of today’s trade deadline. They went out and got the likes of Frankie Montas, Andrew Benintendi, Scott Effross, and Lou Trivino. However, their work is not done.

It’s been widely known that the Yankees are going to move on from Joey Gallo today. Gallo was a big-time acquisition for the Yankees at the deadline last year, but Gallo has been atrocious during his time in pinstripes.

Gallo has admitted that he knows his days are numbered and he’s looking forward to re-setting in a new city. The Yankees will find a match today and Joey Gallo will be moved. However, Jon Heyman reported this morning that the Yankees are also planning to move Miguel Andujar.

Big move coming for the Yankees?

Andujar has been tearing it up at Scranton and with that, teams are definitely going to be interested in adding his bat. The news regarding Andujar intrigues me in wondering what Brian Cashman has cooking for deadline day.

Yes, Andujar requested a trade, but the Yankees have always loved his bat. If they deal him today, it’s not going to be a throwaway deal like Joey Gallo where the team is just hoping to get something back that’s serviceable.

Andujar would bring back something of substance. Or perhaps the bombers have one more big move coming. It’s definitely going to be a deadline to watch.