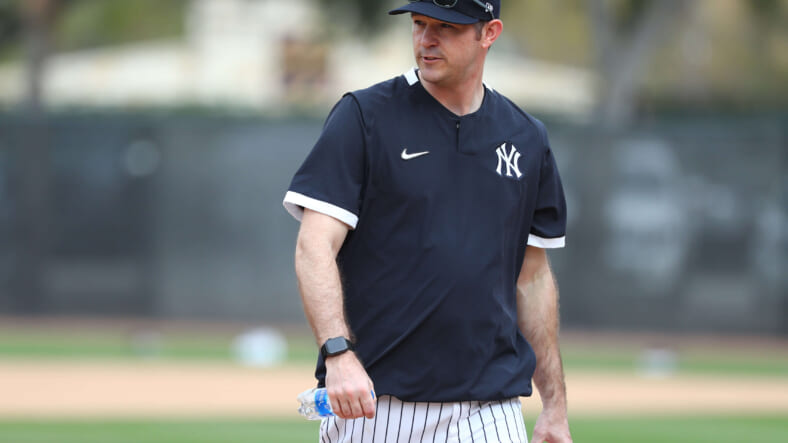 While the New York Yankeesâ€™ bullpen has been extremely impressive in the early going, the starting rotation hasnâ€™t been able to replicate that success. Gerrit Cole and Jordan Montgomery have been phenomenal, but Corey Kluber, Jameson Taillon, and Domingo German havenâ€™t been as good.

Before Thusdayâ€™s games, Yankeesâ€™ starters not named Cole had combined for a 6.06 ERA, and if we take Montgomeryâ€™s 3.27 ERA, it would be even worse. Needless to say, Kluber, German, and Taillon havenâ€™t been able to provide length, either, overtaxing the bullpen.

The Yankeesâ€™ relievers have a 1.84 ERA, which is the best mark in the junior circuit. And it has been a team effort, well beyond the usual names: Lucas Luetge, Nick Nelson, and Jonathan Loaisiga have also contributed.

The Yankees and the balancing act of pitching workloads

Yankeesâ€™ pitching coach Matt Blake knows itâ€™s still early in the season, but he also knows that itâ€™s important to preserve the health and effectiveness of the relief corps.

â€œItâ€™s something we talked a lot about in the preseason as an organization of how we want to prioritize these innings,â€ Blake told MLB.com. â€œObviously, we have a lot of question marks just in general about the durability of the rotation given the last couple of years.

â€œThe onus was to protect the pitch count early on. On the back side of it, you donâ€™t want to overexpose the bullpen. Itâ€™s a long season for them too. Early on, some starters held to some pitch counts was by design, and there were some long innings involved there. We have probably gotten the bullpen more work than ideally we would like, but itâ€™s something we are well aware of. As the turns keep coming around, the [starters] will keep getting built up and weâ€™ll pull back on some of the innings.â€

Judging by Blakeâ€™s words, the Yankees expect their pitchers, including Kluber and Taillon, to slowly ramp up and pitch more innings as the season advances.