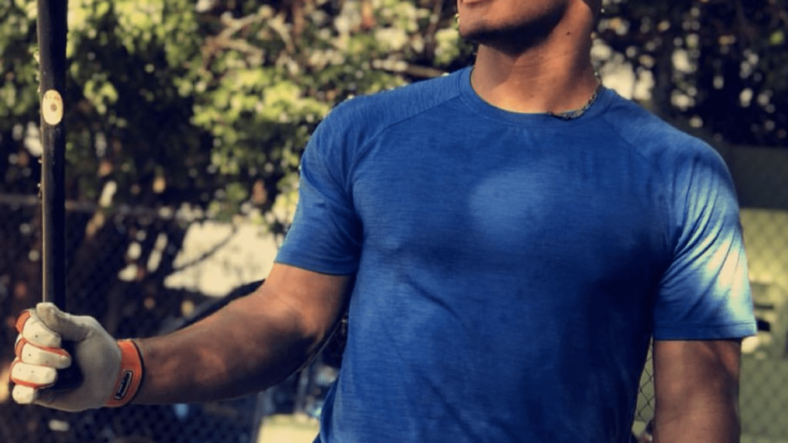 The New York Yankees are on the verge of signing top international prospect Roderick Arias to a contract in the coming days. The Bombers have been incredibly successful in landing foreign prospects and developing them in the minor-league system, but Jasson Dominguez remains the one with the most upside.

At this point in his progression, the Yankees are likely looking at a three-year process until he can make his MLB debut. If he proves to be effective with Tampa this upcoming season, he could get a call to Somerset in Double-A.

"He can hit the ball hard, we all know that. But he's a phenomenal person in the clubhouse, his aptitude is so high." pic.twitter.com/IXi8H3dubA

Rachel Balkovec had nothing but great things to say about Jasson Dominguez, who’s well on his way to being a premier player in the big leagues:

“He can hit the ball hard, we all know that. But he’s a phenomenal person in the clubhouse, his aptitude is so high.”

MLB.com has lofty expectations for the slugger based on his evaluation:

The most hyped and tooled-up international prospect in recent memory, Dominguez engenders comparisons to some of the best athletes in baseball history, such as Bo Jackson, Mickey Mantle and Mike Trout. The Yankees spent $5.1 million, all but $300,000 of their bonus pool and a franchise record for an international amateur, to sign him out of the Dominican Republic in July 2019. Some clubs officials thought he might be able to handle making his pro debut in low Class A at age 17 in 2020, but it became a moot point when the coronavirus pandemic scuttled the Minor League season.

Jasson will now have the team’s first female coach at his services, providing him with coaching expertise and knowledge to take his game to the next level. Balkovec was steadfast in her evaluation of Dominguez, detailing his persona and character without going into too much detail about his qualities as an athlete.

Balkovec has the perfect mentality toward growth, helping shape their personalities while allowing them to develop in a safe environment and trusted process.

Dominguez is fortunately in good hands, and with his progress as a player and as a person, he is well on his way to being a star in the future.