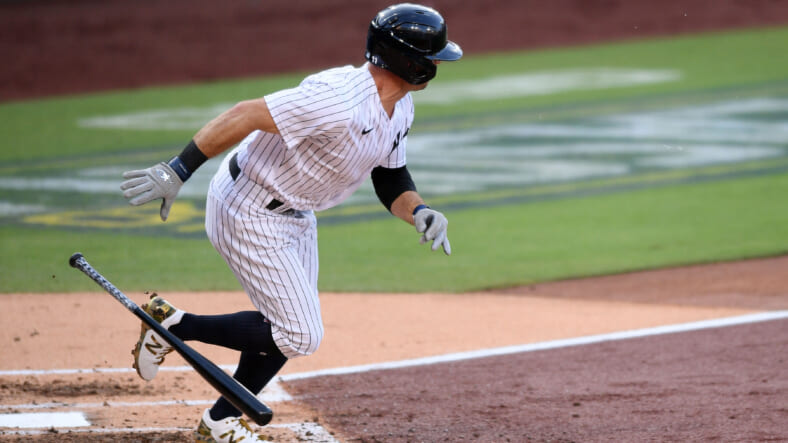 The New York Yankees have lost five straight games, were swept at home by their rivals, the Tampa Bay Rays, and currently have the worst record in the American League at 5-10. Itâ€™s fair to say that the past three weeks have been rough for them.

Yankeesâ€™ general manager Brian Cashman spoke to the media on Monday and made it clear that he still trusts his guys.

However, he and Boone are open to shaking things up in the short-term in order to light a fire on those who may need it.

Will the Yankees make some tough choices?

That may mean occasionally sitting guys like Frazier and Hicks to play Brett Gardner and Mike Tauchman, and using Tyler Wade and Mike Ford in the infield or Kyle Higashioka behind the plate with more frequency.

â€œAs the manager, (Boone) always has the disposal to utilize the roster how he sees fit,â€ Cashman said Monday. â€œClearly thereâ€™s a lot of different choices to play with. Thatâ€™s something he deals with and wrestles with his coaching staff on a day in and day out basis. If you want to switch things around in the outfield, you certainly have some other choices to play with if you want. And you can do the same on the infield, too. Thereâ€™s a little bit of flexibility there. And that goes all the way to the catching spot, too. So heâ€™s always had that in his back pocket.â€

After losing to the Rays on Sunday, the Yankeesâ€™ manager Aaron Boone conceded that he may make some lineup changes on Tuesday against the Atlanta Braves.

â€œThereâ€™ll be some things that I consider about shaking things up, no question,â€ Boone said. â€œIâ€™ve done it a little bit, but itâ€™s a little tough. Itâ€™s a little bit of a different era when you only have three or four bench guys, but theyâ€™ll probably potentially be some more opportunities for guys that maybe havenâ€™t been playing as much.â€