Yankeesâ€™ offense is slowly starting to heat up 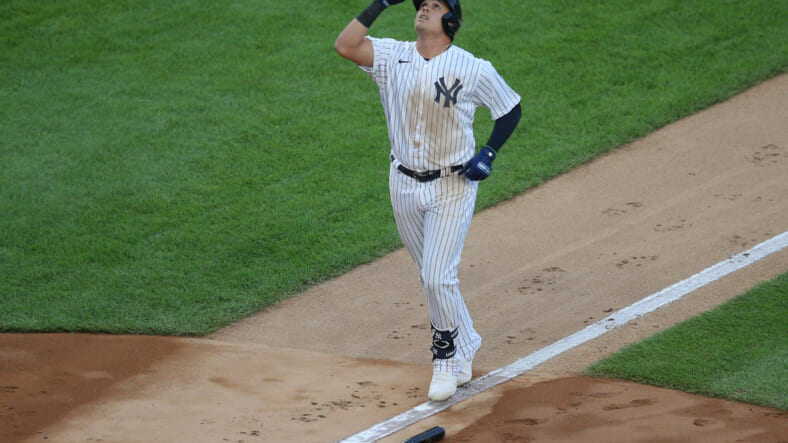 The New York Yankees went to Progressive Field to start a weekend series against Cleveland stumbling at the plate. They were among the leagueâ€™s worst offenses, and most of their stars were struggling to find any kind of rhythm in the battersâ€™ box.

And although they lost on Sunday and couldnâ€™t complete the sweep, the Yankees ended the series on a high note knowing that their offense is starting to show signs of life. The trademark â€œBronx Bombersâ€ may be about to arrive for good.

The Yankees received good performances from second baseman Rougned Odor and center fielder Aaron Hicks. Both entered the weekend struggling badly, with batting averages under .200, but they sent balls over the wall against all-world pitcher Shane Bieber, and thatâ€™s all Gerrit Cole needed to hold off Cleveland.

The Yankees still have work to do, but look much better

Hicks also homered on Friday, the day Giancarlo Stanton bopped two solo home runs and broke Statcast. A day before, Kyle Higashioka homered and the Yankees scored six runs to back Domingo German and get the victory in the series opener.

In total, the Bombers hit nine homers in the series.

â€œOur at-bats are getting better,â€ said Yankees manager Aaron Boone according to MLB.com. â€œCleveland is a team that can really pitch. I felt like we were close today to breaking things open. As far as where we are right now as a club, I feel like weâ€™re in a good spot to go out and continue to play well.â€

Gleyber Torres, who still doesnâ€™t have any home runs in the season for the Yankees, also had a great series against Cleveland, with a three-hit performance on Thursday and five knocks in total. He still has work to do, but is finally showing signs of life.