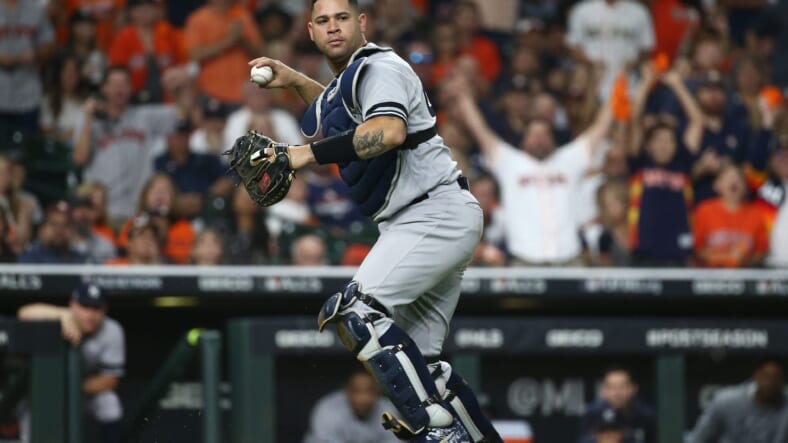 Despite Opening Day just three weeks away, the New York Yankees are dwindling down to their reserves in the outfield, but that’s just the tip of the iceberg for a team that has already lost Luis Severino for the entire season, James Paxton for three months, and Aaron Judge for weeks.

Did I forget Giancarlo Stanton’s calf injury or Gary Sanchez’s stiff back after catching just two consecutive games? Sanchez is also fighting off a fever and could be tested for the Novel Corona Virus.

The MLB recently banned all media from clubhouses starting Tuesday amid the unease sprouted from the extremely contagious virus. Sanchez, who will be treated for his illness, will likely undergo testing as a precaution for the other Yankee players.

Sanchez was expected to begin hitting outdoors again on Tuesday before the Yankees faced off against the Toronto Blue Jays — he didn’t appear.

Early last week Gerrit Cole also apparently had a fever but he was able to make his scheduled start on Thursday. Today he made his fourth start of the spring against the Blue JaysÂ and looked great, striking out six over 3.1 innings of work. Could Cole be the reason why Sanchez got a fever of his own, who knows? Letâ€™s just hope Gary can bounce back from this as quickly as his battery mate did and get back into his daily routine and continue preparing for the regular season.

Yahoo News: We should probably talk about how much the Yankees are already falling apart

The Yankees are coming off a 103-win season and subsequent megabucks acquisition of Cy Young candidate Gerrit Cole. If you stopped paying attention in December, they look unbeatable. But the last couple of weeks have seen them eroded by the incoming tide.

Two arms considered vital to their success -Â right-handerÂ Luis SeverinoÂ and left-handerÂ James PaxtonÂ -Â carried over serious injuries from 2019 that still haven’t healed. The former needs Tommy John surgery and is done for the year. The latter underwent back surgery and won’t be available until May or more realistically June. That’s on top of 18-game winner Domingo German, who still must serve 63 games of an 81-game suspension for violating the league’s domestic violence policy last season. He won’t be eligible to return until June.

Pinstripe Alley: What we know so far about how Coronavirus is impacting MLB and the Yankees

MLB has established a task force to prepare for the virusâ€™ potential impact on the season, ESPNâ€™s Jeff PassanÂ reportedÂ last week. In a memo sent to officials around the game, the league is recommending a number of precautions apparently designed to safeguard the health of players and team staff. Among the suggestions are that players should refrain from taking balls and pens from fans for the purpose of autographs. They should also avoid handshakes. Teams are also encouraged to reach out to local health officials and experts for guidance and to ensure players have received a flu vaccination.

Host Jimmy Fallon asked the former Yankees slugger and current Fox and ESPN baseball analyst on â€œThe Tonight Showâ€ Monday if it was â€œtrue you are interested in buying the New York Mets.â€ Rodriguez went on to opine about his love for New York City and being a Mets fan growing up before giving some insight.

â€œI will say this, if the opportunity [to buy the Mets] came up, I would certainly look at it,â€ A-Rod said.