Yankees News/Rumors: Two familiar starting pitchers could be in play to return to the Bronx 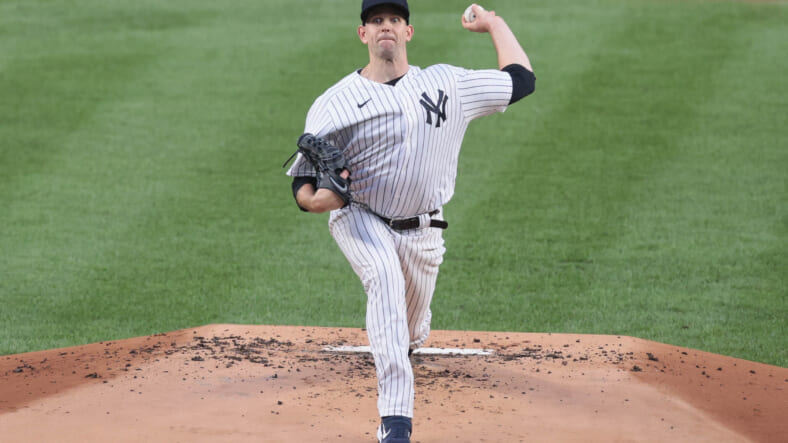 The New York Yankees have to allocate resources toward the starting pitching rotation whether they like it or not. With three starters hitting free agency, they must supplement their losses, and Luis Severino cannot be trusted to hold down the fort.

Severino isnâ€™t even supposed to return until after the start of the 2021 regular season, so general manager Brian Cashman must take that into account.

Severino last pitched in 2018, going down early this past year and needing Tommy John surgery. In his prime, Severino was close to reaching ace status, but after two years without a significant sample size, going into the 2021 season, expecting him to be the number two behind Gerrit Cole would be an optimistic decision.

Then there is Domingo German, who the Yankees expect to gain back after being suspended for a domestic violence dispute. He has been hit around in the Dominican Republic, as he participates in winter ball with Gary Sanchez and a few other Yankees.

However, there are familiar faces that Cashman could consider, especially if he feels uncomfortable bringing in new players on cost-efficient contracts that might not represent quality.

The New York Yankees could consider retaining a familiar face:

Paxton is a good option for the Yankees if they want to sign a player with ties to the team on a minimal deal. He pitched in just 20.1 innings this past year, so the Yankees could probably retain him on a short contract that wouldnâ€™t eat up too much salary.

When at the top of his game, Paxton is a dangerous lefty pitcher who adds plenty of value to the rotation. It seems as if he is back to full health, recently pitching for 20 teams and hitting as high as 94 mph with his fastball.

Reports have indicated that Masahiro Tanaka will likely head back to Japan if the Yankees donâ€™t offer him a new deal. Tanaka had a solid 2020, finishing with a 3.56 ERA, 44 strikeouts, and 8.25 strikeouts per nine. It has become clear that Tanaka is not a high strikeout pitcher but utilizes his finesse to create ground balls and easy out opportunities.

He did allow nine homers this past season and had a few tough performances, especially in the postseason. Usually, Tanaka is a consistent pitcher that the Yankees can rely on, but heâ€™s no longer worth the $26 million he was set to make in 2020.

If the Yankees offered him a two-year deal worth $15-16 million per season, I would be happy with it. Heâ€™s one of the better options on the market that wonâ€™t cost upwards of $20 million, so he represents a possible option for Cashman as he navigates this strange off-season.

Too much of the Yankeesâ€™ off-season plans revolve around the extension of DJ LeMahieu, so I wouldnâ€™t expect much action until they figure out that deal.