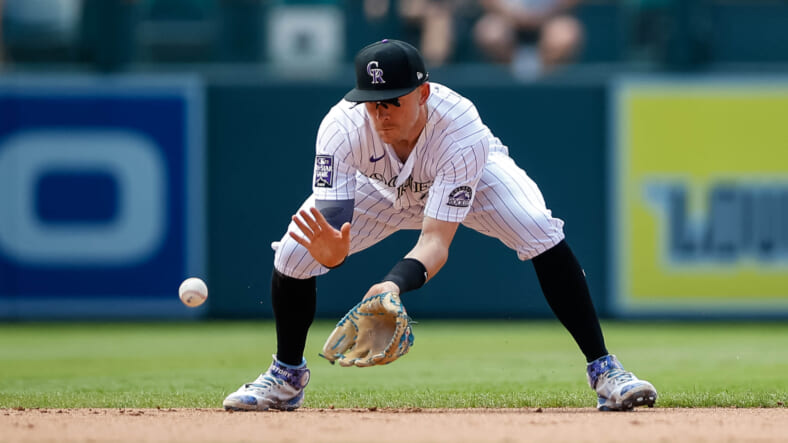 The New York Yankees have found themselves in a peculiar situation as the free-agent market dwindles with talent. General manager Brian Cashman indicated they would be big spenders this off-season, going as far as to offer Justin Verlander a $25 million deal over one season. However, since that offer, the Yankees have been incredibly silent, waiting for some of the more prominent names to be plucked off the market before diving in headfirst.

There are only two players left that make sense for the Yankees, depending on their willingness to spend big money. With such a strong shortstop market this off-season, Cashman would be foolish not to grab one of the better options. They could settle for a lesser option like Andrelton Simmons of the Minnesota Twins, serving as a stopgap. However, the fans would prefer they go with a more lucrative player.

Two shortstops the Yankees need to make a run at:

Of course, the top name on the list is Carlos Correa. Despite Correa’s scandalous nature with a Houston Astros, heâ€™s one of the best shortstops in baseball and would serve as a long-term solution for the Bombers at a spot of weakness.

The Astros’ star infielder is also an incredible defensive player, earning a .981 fielding percentage with 11 errors over 1,304 innings this past season. He would upgrade the shortstop spot for the Yankees 10 times over, but he will undoubtedly cost a pretty penny. With Corey Seager landing a 10 year, $325 million deal, Correa may land even higher than that, averaging out at $35-40 million per season.

Ultimately, Cashman still has Aaron Judge and his monster deal to think about, so signing Correa at that price point might be a bit overzealous.

If the Yankees want to pursue a cheaper option but a talented one nonetheless, Trevor Story could be a suitor. At 29-years-old, Story has spent six seasons with the Colorado Rockies, showcasing quality health over the course of his career. He hit .251 with 24 homers and 75 RBIs this past season but did feature at a 23.4% strikeout rate. Story is also a quality defender, posting a .975 fielding percentage with 14 errors. Correa is the better defensive piece, but Trevor is far more affordable and is still a quality hitter.

However, the concern is that Story wonâ€™t be able to replicate his statistics in Yankee stadium, given the thin air in Colorado, helping the ball travel a bit deeper. However, DJ LeMahieu didnâ€™t skip a beat in his move to the Bronx, and he may advocate for the signing of Story, his former teammate.