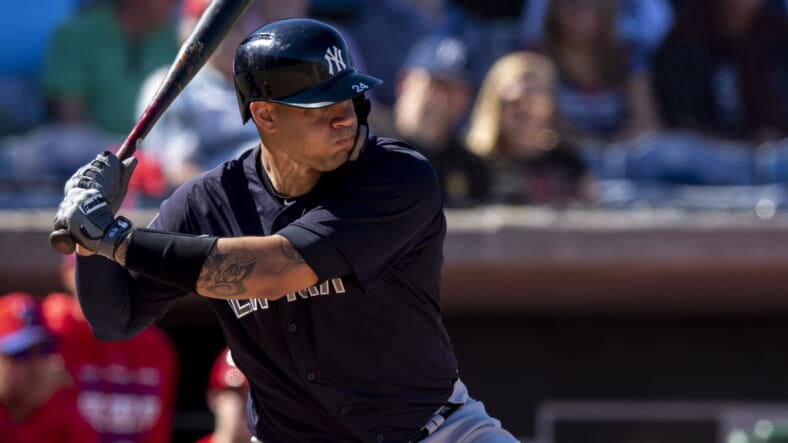 The New York Yankees enjoyed a victory over the Detroit Tigers on Monday afternoon, by a score of 5-4. Thanks to a home run by Chris Gittens in the fifth inning, the Yankees enjoyed their first win of spring training. While the pitching was a bit inconsistent, new starter Jameson Taillon was impressive in his lone inning of work.

However, the Yankees have already begun making moves as they waved outfielder Greg Allen and reassigned him to the Triple-A roster. He will remain in major league camp but as a minor-league invite. He has spent the last few seasons with the Cleveland Indians, posting a collective .239 average with eight total homers and 57 RBIs. An elevated 31.3% strikeout rate was a bit tumultuous in 2020, but he only played 16 games indicating a small sample size.

Allen has featured in more than 25 games just twice in his career, and during those seasons, he had a high of .257 and four homers. Heâ€™s not a slugger by any means but offers a bit of speed and decent contact hitting. Heâ€™s more of a defensive player who can provide consistency in that category rather than an offensive threat. The Yankees prefer to have elite offense over defense, which is why Allen will likely spend his days in the minor-leagues or as a depth piece on an alternative squad.

As per the Yankees:

OF Greg AllenÂ has been outrighted off the Major League roster and onto the Triple-A roster. Allen remains in Major League camp.

The Yankees are optimistic that Gary Sanchez can finally return to form in 2021. He launched a mammoth home run against Detroit on Monday, clearing the centerfield wall and traveling 429 feet.

Sanchez has always lead the way with his bat, never recording single-digit homers in his career. After posting a 36% strikeout rate last season, decreasing that number and getting his contact rate up would help his offense return to normal. The coaching staff believes he is in perfect shape and should be far more productive this season, but only time will tell.