Yankees News: More relief support could be on the way 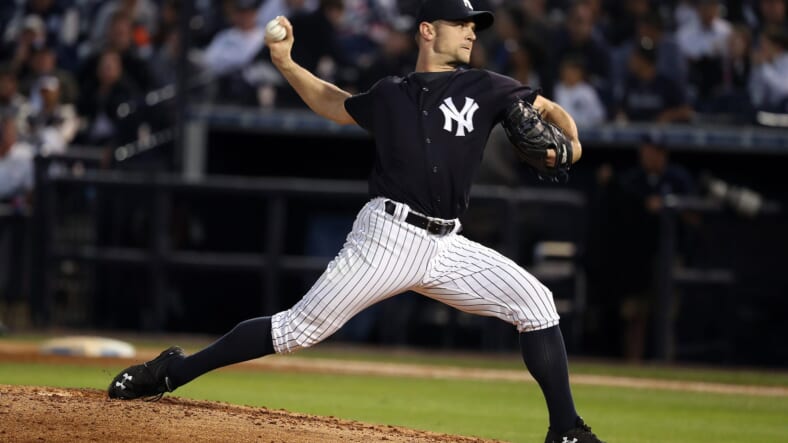 Spring training might be starting in two days, but the New York Yankees are still looking for players to add to the roster. Eventually, the Yankees will have to cut down after gauging position battles, but adding players on minor-league deals can only benefit the team as a whole. With injuries being so prevalent the past few seasons, having reinforcements is as important as ever.

General manager Brian Cashman has been considering many different options, but one pitcher the Yankees have been keeping tabs on is David Robertson. Having spent time on two different occasions for the Yankees, Robertson is familiar with the expectations that come with wearing pinstripes. He last featured on the team in 2018, when he pitched 69.2 innings and recorded a 3.23 ERA. He has only pitched 6.2 innings over the last two years, so the Yankees would be getting a cost-efficient player with some upside.

According to Bryan Hoch of MLB.com, David Robertson could be a good fit for the Yankees as a bullpen option:

As expected, the Yankees were among the teams who scouted Robertsonâ€™s showcase at the University of Alabama this week, where he was said to have touched 91 mph. A return to the Yanks would be a fitting bookend for Robertson, who turns 36 in April and has already served two tours with the club.

A non-roster invitation and incentive-laden contract seem appropriate if thatâ€™s something Robertson would consider. Given the Yankeesâ€™ apparent intent to remain under the $210 million luxury tax threshold and with more items still potentially on the shopping list, a guaranteed deal may not be available.

At 35 years old, Robertson is running out of juice, but given how cheap he will likely be, the Yankees should consider him. He recently pitched in a bullpen session at the University of Alabama, in which plenty of teams were in attendance, including the Bombers. If he can return to his previous form, he could be a solid depth player. Heâ€™s always hovered in the 11 strikeouts per nine area, indicating a high strikeout ratio coupled with a career-average 43.5% ground ball rate.

With the bullpen a bit thin and unproven, bringing back an established player with a good history is never a bad move.