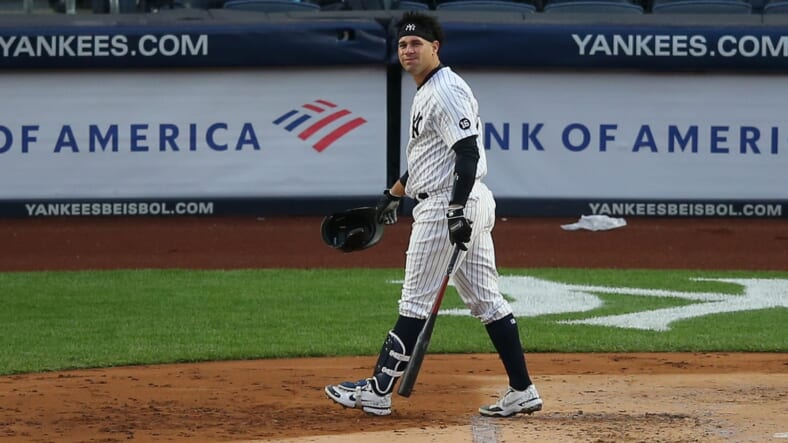 The New York Yankees are heading into an exciting off-season with money to spend. While they missed out on the Justin Verlander sweepstakes, electing to re-sign with the Houston Astros for $25 million over one season, thereâ€™s plenty of free-agent targets and potential trade prospects to consider in the coming weeks.

While pitching seems to be the team’s second priority, offensive efficiency is at the top of the list, something that Hal Steinbrenner stated at the ownersâ€™ meetings in Chicago.

The Yankees struggled on offense this past season, which was a primary reason for the downfall, as Steinbrenner said â€œthe main cause of our problems this year was an inconsistent, underperforming offense.â€

The Yankees ranked 23rd in batting average this past season and despite a roster loaded with sluggers, they landed at the 17th spot with a .407 slugging percentage. Their OPS sat at .729, good for 13th place in the league. Interestingly, they were unable to place in the top five in home runs, despite that being their ideology. That should give us a pretty clear indication the Bombers will be active in the market this off-season trying to acquire more fire-power.

The Yankees have dealt with significant injuries the past few seasons, which have dampened their production. However, when youâ€™re spending as much money as the Steinbrennerâ€˜s to field a great team, there are no excuses. With that being said, they are ready to open their checkbook once again and give general manager Brian Cashman the flexibility he needs to build a World Series caliber roster. That ultimately starts with solving the shortstop position with one of the top names on the market.

The New York Yankees extended Aaron Boone on a three-year contract as the team’s skipper:

Fans were ready to let Aaron Boone walk this off-season, but upper management views him as a piece to the puzzle that performed well enough to earn several more years with the team. Steinbrenner gave Boone a glowing review, hitting on his intelligence and incorporation of multiple streams of information to help build a winning roster — we are still waiting on the winning roster part.

â€œAaron is one of the better managers in baseball,â€ Steinbrenner said Wednesday. â€œHeâ€™s extremely intelligent, heâ€™s able to assimilate the tremendous amount of information we get from both analytical and pro scouting â€” we value each equally. Heâ€™s very well-balanced personality-wise, which is perfect for this place. And one of the main reasons is: The players want to play for him, they respect them, and they want to win for him, so itâ€™s just not an issue for the players. It really wasnâ€™t a tough decision for me.â€