Yankees News: Great injury news for Luis Severino, the only option is to keep winning 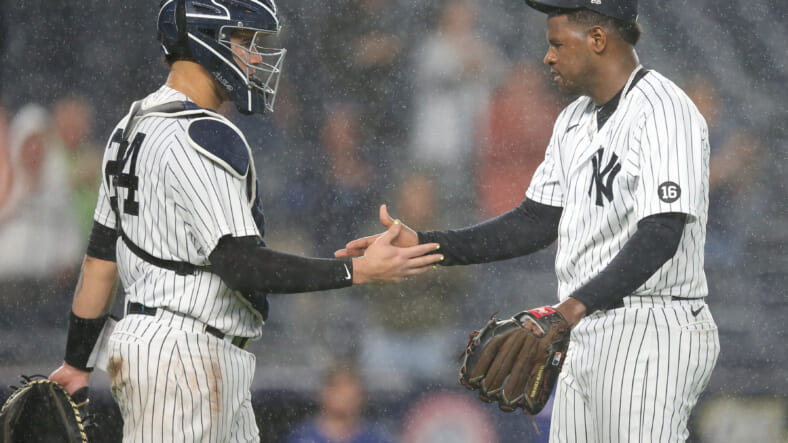 The New York Yankees have been patiently waiting for the return of Luis Severino for over a year now. After pitching just 12 innings back in 2019, Severino underwent Tommy John surgery again, then picking up a groin injury which set back his return even further this season.

Severino is three years removed from showcasing potential ace-level talent. Back in 2017, he posted a 2.98 ERA with 10.7 strikeouts per nine and a 50.6% ground ball rate. Following that season, he had another terrific campaign, posting a 3.39 ERA and recording 19 wins, a career-high. However, the Yankees donâ€™t plan to force Severino into a starting role just yet, allowing him to adapt and ease his way into MLB play in his first few games of the year.

“That was special for me,” Severino said. “It was really frustrating for a little bit.”

Having not been able to make a serious impact since 2018, the journey has been long and winding for the 27-year-old. Severino is currently on a four-year, $40 million contract with a club option in 2023, and earning $10 million per season certainly justifies some expectations.

“Proud moment for him, for his teammates and for all of us,” Boone said. “Worked his tail off to get to this moment.”

The veteran starter lasted 2.0 innings to close out the win against Texas on Tuesday, allowing two hits and striking out two batters. Overall, he got about 30 pitches of work in, a solid amount that will get him acclimated.

With the Wild Card boiling down to three teams, including the Yankees, Red Sox, and Blue Jays, the Bombers will need all of their top players to get the job done. Ultimately, they must continue to win games, as Boston overcame the New York Mets on Tuesday and Toronto beat Tampa Bay. At this point in the season, the Yankees need Tampa Bay to beat the Blue Jays and the Mets to steal a game against Boston.

Currently, the Blue Jays have a slim 0.5 game lead over the Yankees in the WC; An upcoming series against Toronto starting on September 28 will likely be the Yankees’ best chance at making the post-season. They will also face off against Boston in a three-game series starting September 24 after the final game against Texas on Wednesday evening.