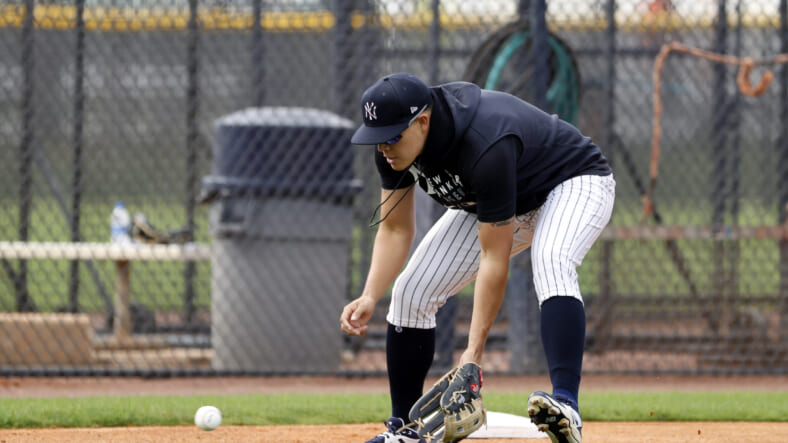 The New York Yankees took on the Detroit Tigers on Tuesday afternoon, securing a 7-4 win. Sitting at 11-4, the Yankees are coasting through spring training impressively, and their pitching is mostly to thank.

However, their offense has been adequate as well, with Clint Frazier acting as the star of the show against Detroit. He picked up three hits, two RBIs, and a home run in the fifth inning, which traveled an impressive 425 feet. Fellow outfielder Mike Tauchman also launched a homer to left-center, driving in a run in the process.

The Yankees tested their best defender at SS:

One interesting note from the contest was Gio Urshela featuring at shortstop. It seems that whatever Urshela features in the infield, he dominates, and skipper Aaron Boone attested to that after the game.

“Hit it to him and youâ€™re out,” Boone said. “Not a lot to necessarily judge on, but handled the two plays flawlessly like you would expect.”

Gio predominantly plays third base but filled in at SS, showing off his defensive proficiency yet again. He has played SS in the past, but over very small sample sizes, with his last appearance at the position coming in 2018 with the Toronto Blue Jays. It is good to know that if Gleyber Torres were to suffer an injury or the Yankees needed to supplement the position, Urshela could do it with ease.

“I felt really good,” Urshela said after the win over Detroit on Tuesday. “Better than I thought. I had two ground balls and I felt really comfortable.”

Cole always seems to struggle in the spring and then wakes up with his head on fire as soon as the regular season begins. He currently has a 4.50 ERA, allowing two earned runs over 4.0 innings. That was before his outing against Detroit on Tuesday, in which he lasted 3.2 innings and gave up two runs, which were both homers.

While he did strike out five batters, it seems as if he might be testing a couple of different pitches and fundamentals. He seems to utilize this time to perfect some details, going into the regular season with reliance on his stronger pitches.

Thereâ€™s no reason to be worried about Cole, who consistently is one of the better starters in the MLB. Nonetheless, the Yankees have enjoyed their starting rotationâ€™s success lately, especially with Domingo German and Deivi Garcia providing fantastic performances.