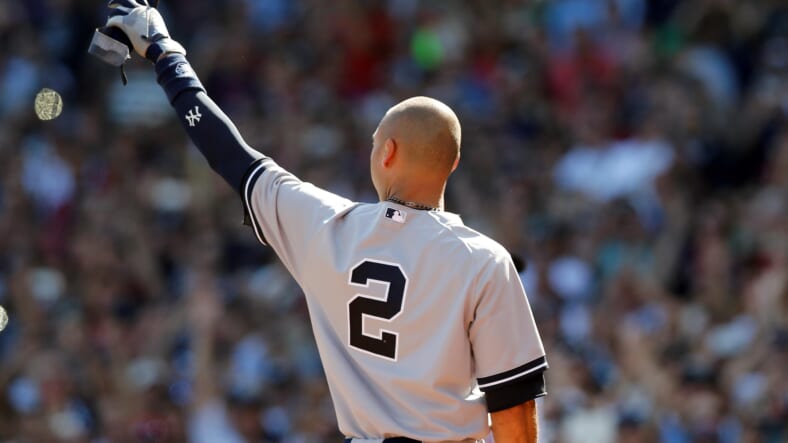 It is no secret the New York Yankees are heavily involved in the shortstop market as they prepare to make a big splash in free agency. However, one of the top options, Carlos Correa, has had plenty to say about the Yankees and their former players, notably Derek Jeter, one of the team’s most beloved stars.

Correa took a surprising shot at Jeter and his career, claiming he was undeserving of some of the awards he earned over the years.

“Derek Jeter, how many Gold Gloves did he win? Five, I think he won. … Derek Jeter didn’t deserve any,” Correa said during an appearance on the “Me Gustan Los Deportes” podcast.

Correa has always been outgoing and vocal, but these unnecessary shots donâ€™t make much sense. Correa has one Gold Glove in seven seasons, so claiming that Jeter didnâ€™t deserve any is interesting, to say the least.

Jeter shot back at Correa for his comments, desperately trying to stifle any attempt at a hostile response.

The swaying side to side while he’s talking, the competitive juices are flowing. That rip your heart out type of grin. Dont think there’s a player past or present that wouldn’t take Derek over the other guy. #MLB pic.twitter.com/UvqUUiav1Z

Jeter won five Gold Gloves between 2004 and 2010, illustrating an elite career in the big leagues. He earned 14 All-Star appearances, making the game more often than not throughout his impressively long career. While he was never named an MVP, he was in the running on 12 different occasions, ranking 2nd at one point in 2006.

During the 2006 season, Jeter posted a .343 average with 14 homers and 97 RBIs, including a career-high 34 stolen bases. While early on in his career he suffered from errors, his defense consistently increased inefficiency year after year after the 2000 season.