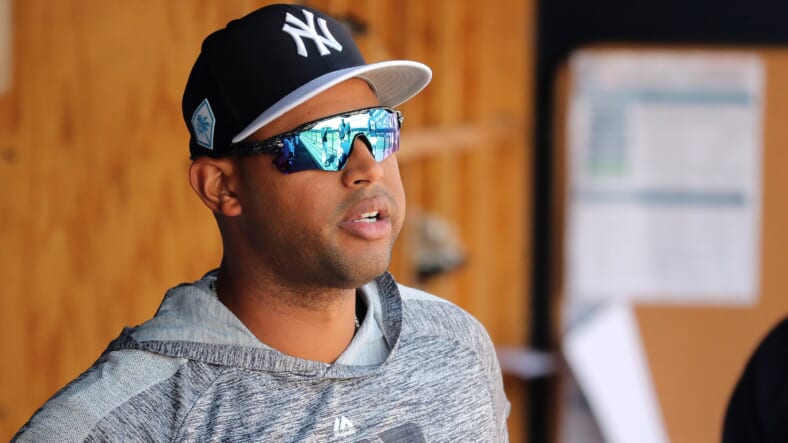 Finding a shortstop for the 2022 season and beyond is a priority for general manager Brian Cashman, as current YES Network host David Cone confirmed recently.

Cone provided insight into the state of the Yankees’ bullpen and how the consistency of Aaron Hicks will play such an important part in the team’s success moving forward.

Here’s the full quote by David Cone, transcribed by NJ.com:

“It’s obviously going to be on the position-player side. I believe the Yankees and their pitching staff as a whole is in pretty good shape, particularly their bullpen. Pretty loaded. When you have two relievers like Clay Holmes and Jonathan Loaisiga that throw 99 mph demon sinkers, that’s a pretty good combination before you even get to the closer Chapman. So I think the bullpen will be as strong as it has been in the past year. Obviously, you need a shortstop. You need Aaron Hicks to come back and be solid in center field and you have to find that out. Some things you know you need right now as far as a position player and a shortstop. Another thing you need to find out in spring training when we eventually get there is how Aaron Hicks looks, whether he can play a full schedule and stay solid or not. Obviously, look at shortstop and that’s a big deal for them. Are they going to sign one of the big guys that’s still out there or a stopgap situation and wait for some of their prospects to get ready.”

Cone has a solid point with Loáisiga and Holmes. This past season, Loáisiga posted a career-best 2.17 ERA over 70.2 innings. He recorded an 8.79 strikeouts per nine and 60.9% ground ball rates. He also contributed a 3.01 SIERA and 3.15 xFIP, both career bests with a minimum of 30 innings pitched in a season.
Holmes is also an intriguing player the Yankees acquired from Pittsburgh last season. He hosted a 3.60 ERA over 70 innings, enjoying a four mph increase in sinker velocity. Holmes ended up playing a significant part in the Wild Card game, in which the Yankees lost, but he performed adequately.
Cone does have a great point regarding Aaron Hicks, who has dealt with injuries the past few seasons, derailing his progress as a Yankee. The team desperately needs him to come back and be a solid option in centerfield, whether it be in a reserve or start role. This off-season, losing Tyler Wade, Clint Frazier, and Brett Gardner left a massive void.