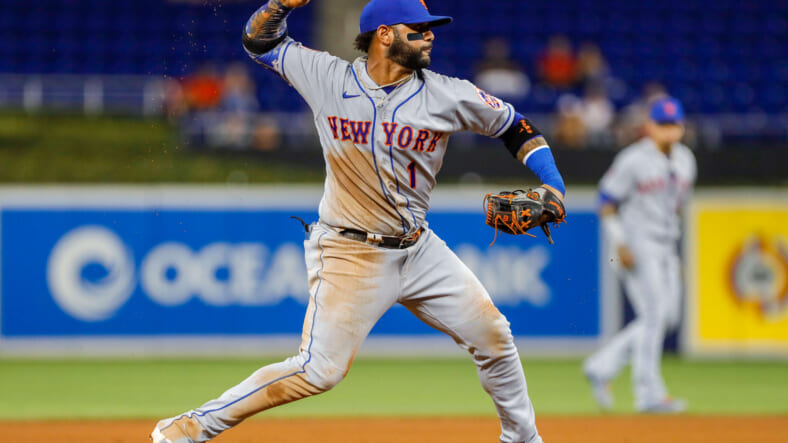 The New York Yankees are preparing to negotiate with Aaron Judge and his representatives regarding a future extension, but the star slugger may be pushing the team to bend a few rules after appearing with facial hair early this off-season.

Judge wore the beard well, but certainly could be a villain origin story if they fail to come to an agreement on a future contract. Judge is coming off one of his best seasons as a professional, playing in 148 games and alleviating concerns that he is an injury-prone player.

Bearded Aaron Judge is the villain origin story of Yankees fans’ nightmares if he ever leaves pic.twitter.com/UaXKiBLQLY

Judge finished the 2021 season with a .287 average, 39 homers, 98 RBIs, and a career-low 25% strikeout rate. He has developed into not only a consistent player, but an elite offensive and defensive threat. With one of the best arms in the outfield, Judge could find himself starting in centerfield this upcoming season with Joey Gallo and Giancarlo Stanton on the roster.

However, Judge may be the only one capable of forcing ownership to change the facial hair rules.

One underrated free-agent target the Yankees could pursue:

The Yankees have been distracted by the shortstop market and starting pitching free agents, but one Swiss Army knife that could fit the bill is Jonathan Villar. Villar is coming off a one-year, $3.5 million deal with the Mets, and he represented one of their more consistent players. At 30-years-old, Villar is capable of playing multiple infield positions, including shortstop, second base, and third base.

With Tyler Wade being traded to the Los Angeles Angels, general manager Brian Cashman is in need of another utility player, and Jonathan fits the bill perfectly. He hit .249 with 18 homers and 42 RBIs this past season but had his best campaign in 2019 when he posted a .274 average with 24 homers and 73 RBIs.

Villar likely wouldnâ€™t be a pricey acquisition, and he could fill multiple spots if needed. He also has experience playing in the outfield, specifically in center. He may not be guaranteed a starting role, but his type of versatility is valuable for a team that has dealt with significant injuries in the past.