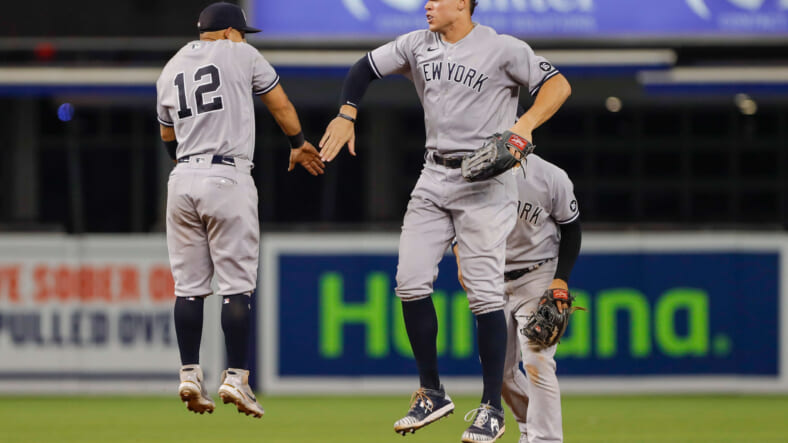 Last week, the New York Yankees had to name their 40 man roster to determine protected players. In the midst of this, general manager Brian Cashman and the coaching staff surprisingly left a few players off the roster, including Clint Frazier, Tyler Wade, and Rougned Odor.

All three of these players have made an impact in the past, as Odor and Wade both played in over 100 games this past season as a result of injury and deficiencies.

Unfortunately, neither were able to produce adequate stats and justify retention from the Yankees. Odor spent the first seven years of his career with the Texas Rangers, showing inconsistent hitting throughout.

In 102 games this past season wearing pinstripes, the 27-year-old logged a .202 average with 15 homers and 39 RBIs. He struck out 100 times, good for a 27.7% strikeout rate. While he provided solid defense throughout the season as the Yankees dealt with a number of issues in the infield, the team is clearly looking to upgrade that spot, electing to protect multiple prospects instead.

With Odor being subjected to the waiver wire, there is a chance another team scoop him up. If he passes through unclaimed, the Yankees could theoretically bring him back on a cheap contract, but star slugger Aaron Judge posted what seemed to be a farewell style image over the weekend.

Aaron Judge posted this pic with Rougned Odor to his Instagram story: pic.twitter.com/wuWyLV3DF4

Odor was a better teammate than player, as Judge became fond of the stocky infielder. Meanwhile, Judge is on the other end of the spectrum, beginning to negotiate with upper management about a massive contract extension. Judge is coming off arguably his best season yet, hitting .287 with 39 homers and 98 RBIs this past season.

Showing consistency with his health was a big step forward for Aaron, who played in just 28 games during the 2020 season and 102 in 2019. Having played 148 games this past year, Cashman can feel comfortable extending him on a big contract, but they still have another year of arbitration before they need to settle.