Yankees News, 9/24: Most important week of the season upon us, Luke Voit could be headed to the bench 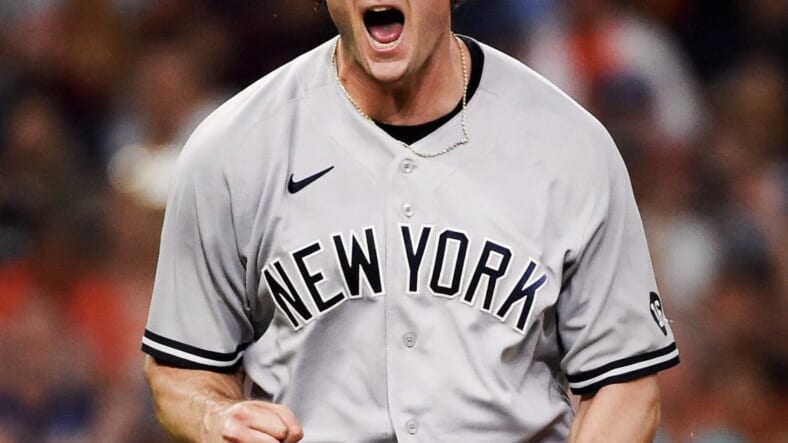 The New York Yankees are gearing up for arguably the most important week of their entire season. Starting on Friday evening, the Yankees will begin a three-game series against the Boston Red Sox, who currently sit at the top of the Wild Card standings. Currently, Boston has a two-game lead over the Yankees, who have secured the second spot in the WC, with the Toronto Blue Jays and Seattle Mariners close behind.

With Toronto falling on Thursday evening, the Bombers managed to push forward just a bit, providing them with a slight cushion but in need of more wins, which will be tough to come by against a strong Boston team. Boston has won seven games in a row, including a 12-5 victory over the Mets on Thursday, pummeling Tijuana Walker for six hits and six runs in just 2.0 innings.

On Friday night, the Yankees will feature Gerrit Cole on the mound against a Nathan Eovaldi, both of whom are having solid seasons. In Coleâ€™s last performance, he gave up 10 hits and seven runs in just 5.2 innings against Cleveland, resulting in an 11-1 loss. This was his worst performance of the year by a large margin, so we should expect a bounce-back against Boston in one of the most important games of the season.

On the other side, Eovaldi has put together solid performances in his last five outings. Against Baltimore on September 19, he gave up seven hits and three runs over 5.0 innings, representing an adequate outing, given Bostonâ€™s solid offense. Securing the first game of the series is huge for both teams, especially with Toronto clawing their way back into the mix.

The Yankees have to play their best players without hesitation, which could include slugger Luke Voit staying on the bench to start the series. Dealing with injuries this year, Voit has been in and out of the lineup. Voit was noncommittal when asked about his potential future with the Yankees, and with Anthony Rizzo preparing to hit the free-agent market, general manager Brian Cashman has a few big decisions to make.

â€œWeâ€™ll see. Thereâ€™s a lot that can happen. Weâ€™ve got to get a new [collective bargaining agreement] first and see whatâ€™s going on with that. But I love playing here,” Voit told The Post.