Yankees News 12/7: Everything you need to know today 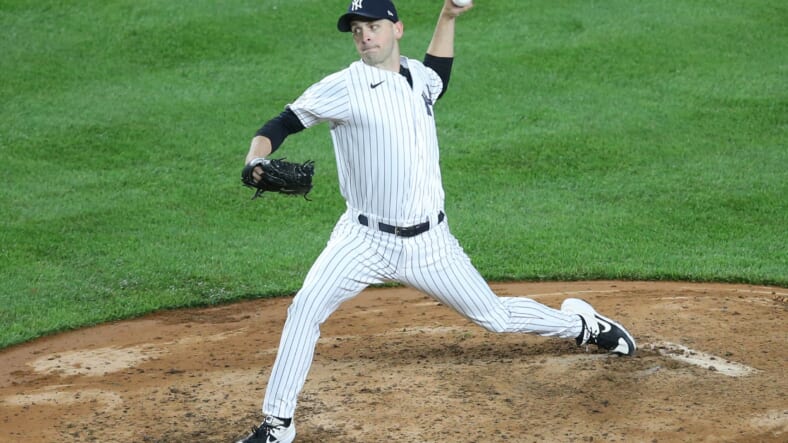 Cashman’s delays may pay off

New York Yankees general manager Brian Cashman may have been procrastinating all along as part of the plan, and it just might pay off. Cashman completely sat out the first round of free agency, shunning Corey Seager, Marcus Semien, and even Javier Baez, all signed mega contracts over $140 million. Seager got the prized ten-year $325 million mega-deal. But then came the lockout, leaving Cashman empty-handed.

Now with the lockout in place, Cashman has only a couple of options. He can go after the Houston Astros’ Carlos Correa, who will demand a mega-contract of his own, which is not likely, as the Yankees have other fish to fry. They also could go after the more likely Trevor Story of the Colorado team. The other option remaining for the Yankee is to go the stop-gap avenue and sign Andrelton Simmons or Rangers’ Isiah Kiner-Falefa. At the same time, the team waits for developing prospects, Anthony Volpe or Oswald Peraza. One thing is for sure, Cashman will have to act quickly once the lockout is over.

Seiya Suzuki may be in the Yankees headlights

In the last week or so, the rumor has been heating up that the Yankees may make a move and go after Japanese star Seiya Suzuki. The Yankees already have the apparently healthy Aaron Hicks to man center field. Still, with his questionable health history, he may be too risky to assume he will play the season for the Yankees. Going after Suzuki is also doubtful as he is not a natural center fielder.

Nevertheless, the Yankees appear to be one of the main competitors for his services. But in that quest, the Yankees are not alone. The rival Boston Red Sox and the up-and-coming Toronto Blue Jays are also in the mix for acquiring him. But with the lockout in place, Cashman won’t have much time to move on Suzuki if he chooses to. Suzuki, in 9 seasons in Japan, has played in nearly 1,100 games with a .309 batting average and 189 home runs. The 27-year-old is a natural right fielder, 3rd baseman, and shortstop has proven his versatility; the Yankees believe he could adequately transition to center field.

The Yankee reliever Lucas Luetage has an interesting story on his way to being manager Aaron Boone’s go-to man in the bullpen. It was July 9th, and Lucas Luetge got the win in a shut-out win over the Houston Astros. This was the type of pitcher Luetge was for the Yankees in 2021, but how he got there was unique.

Luetge was selected 21st in the 2008 draft by Milwaukee Brewers, where he played in the minors for almost four years. He split that third season with the Mariners when he was scooped up in the Rule 5 draft. In 2012 he made his major league debut being one of six pitchers to take part in a no-hitter against the Dodgers, but soon afterward, he would find himself back in the minors.

In the minors, he pitched for the Reds, Orioles, Diamondbacks, and Athletics. After almost nine years in the minors, the then 33-year-old was signed to a minor league contract with the Yankees. He got a non-roster invitation to spring training, and the rest is history as he made the opening day roster. He pitched in a career-high 57 games with a 4-2 record and an ERA of 2.74. After an arduous 14 years, Luetge finally reached arbitration and signed a one-year $905k contract with the Yankees for the 2022 season. He couldn’t be more happy and grateful.

The Yankee first base predicament

The is no question that the Yankees have several problems to solve before the start of the 2022 season, as general manager Cashman had done little before the lockout was instituted. His priority is getting a shortstop and a number two type pitcher for the starting rotation. But other problems loom, help in center field and what to do to get production out of first base. Last season they brought in Anthony Rizzo from the Rangers to play down the stretch, but now he is a free agent.

Before the lockout, the Yankees tendered first baseman Luke Voit, but Voit has had mega-trouble staying healthy. This past season he played on only 68 games with a .239 average and 11 home runsâ€”That’s half as many long balls as in the 60-game 2020 season. Voit’s problem is his lower extremities, his feet, and knees that have had recurring problems. Few believe that even though tendered, Voit will not be the 2022 first baseman. The Yankees could re-sign Rizzo or go after the big boy, Freddie Freeman of the World Series-winning Atlanta Braves. As of today, there is no indication of which way the Yankees will go.Â