Yankees: Mike Tauchman is making a strong push for a roster spot 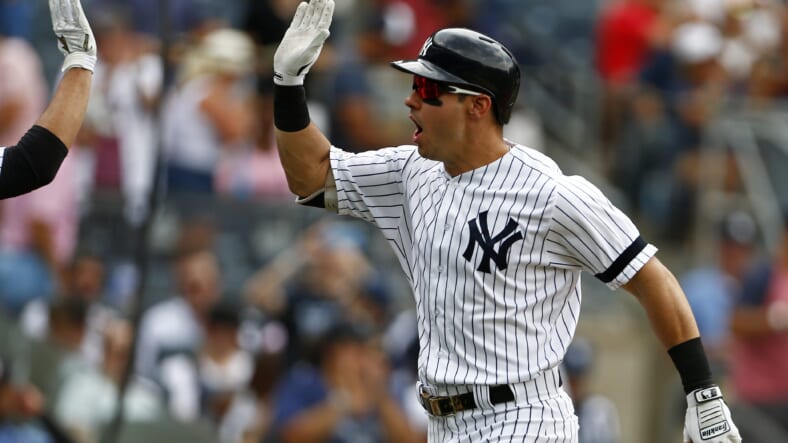 Four New York Yankees players are currently battling for a couple of spots in the team bench to start the season. The Bombers are expected to open the 2021 campaign with a four-man bench, and backup catcher Kyle Higashioka and outfielder Brett Gardner have two spots pretty much locked up.

That leaves a couple of spots for outfielders Jay Bruce and Mike Tauchman and infielders Derek Dietrich and Tyler Wade. The Yankees have a difficult decision to make in the upcoming days, and Bruce can opt out of his deal on March 25.

Tauchman is viewed as a flawed batter and didnâ€™t have a good 2020 defensively, either. However, last season represented a tiny sample, and the Yankees know that. He could attract suitors in the trade market, but the Bombers shouldnâ€™t give him away. In fact, he is making a late push for one of the remaining roster spots.

He was very good for the Yankees in 2019

More importantly, he was among the best defenders in the game, with 19 Defensive Runs Saved (DRS) and 9 Outs Above Average (OAA.) At this point, and given his strong spring, it would be surprising if the Yankees donâ€™t give him a spot on the Opening Day roster.

“I feel strongly that I’m in a better position to have success this year,” Tauchman told The Athleticâ€™s Lindsey Adler on Wednesday. He is an excellent defensive outfielder capable of covering center field, athletic, speedy, and with some offensive upside. At this point, he should be one of the favorites to land one of those last bench spots for the Yankees.