Yankees’ Miguel Andujar has one team interested in his services 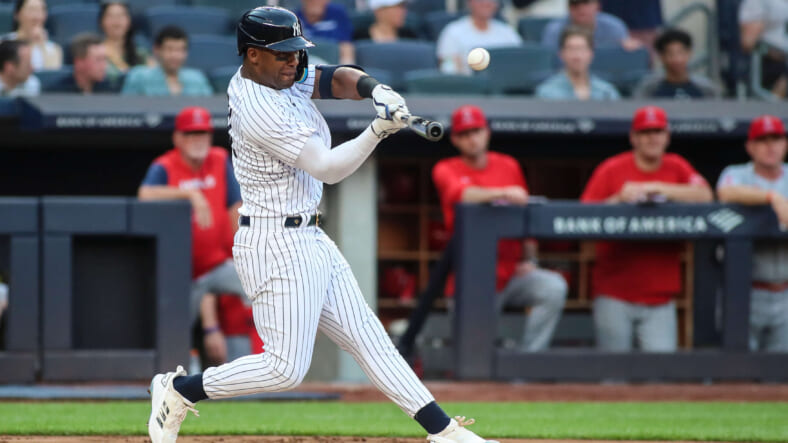 In 2018, New York Yankees‘ Miguel Andujar was on top of the world. He had hit .297 with 76 extra-base hits (27 homers) and finished second in the American League Rookie of the Year voting behind Shohei Ohtani.

A torn labrum derailed his 2019 season, and he hasn’t been the same ever again. Last year, he asked the Yankees to trade him so he could get more playing time opportunities elsewhere, and while the team did use him sparingly without giving him a true, extended chance, he never really earned one.

The Yankees decided it was time to move on and, on Thursday, designated him from assignment. It means they have seven days to trade the player or place him on irrevocable outright waivers.

If Andujar is claimed via waivers, the Yankees will lose him, but if he clears waivers, he can be outrighted to the minor leagues or released. No one knows what will happen with him, but he is, indeed, generating interest around the league.

The former Yankees slugger is generating interest in MLB

“Hearing the KC Royals are interested in Miguel Andujar, who was DFA’d by the Yankees yesterday,” YES’ Jack Curry tweeted on Friday.

Andujar, after his labrum surgery in 2019, has slugged a paltry .318 in 376 plate appearances over the last four seasons. Nobody can hold on to a roster spot with those stats, much less in the Yankees.

In addition to his offensive struggles, Andujar has no real defensive value: he is passable in an outfielder corner, but atrocious at third.

If the Royals interest is indeed true, it could be a great landing spot for him because he would get more playing time opportunities in a rebuilding franchise.

He was exciting in 2018, but this was a move the Yankees had to make considering the circumstances and the need for a roster spot.