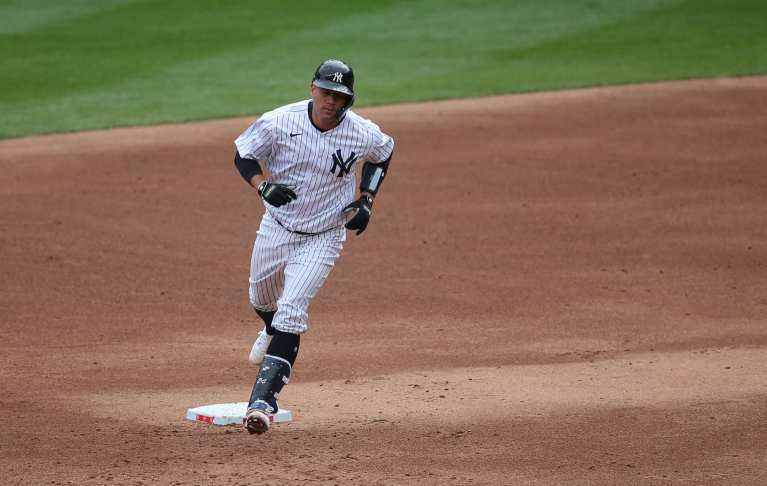 Gary Sanchez, who has been the New York Yankees’ starter at the catcher position since 2016, had another disappointing season in 2021. It was far from a disaster, like the shortened 2020 campaign, but he was basically an average hitter (.204/.307/.423, 99 wRC+) and a poor defensive backstop.

Depending on which defensive metric you choose, or if you prioritize blocking, game-calling, or framing, he was either passable or very bad. Since his bat was about average, the Yankees sure could use an upgrade.

That’s a decision the Yankees need to make, and while they still have most of the offseason in front of them, the alternatives at catcher are starting to come off the board. While unlikely, it’s within the realm of possibilities that the team non-tenders Sanchez, too.

Catchers are starting to fly off the board for the Yankees

MLB Trade Rumors informed in the past couple of days that “the Braves announced that they’ve signed veteran catcher Manny Pina to a two-year contract worth $8MM. (Atlanta is one of the few organizations that publicly discloses financial terms.) Pina will earn $3.5MM in 2022 and $4.5MM in 2023. The contract also has a $4MM club option for the 2024 season, which does not come with a buyout.”

Additionally, ESPN’s Jeff Passan reported that “catcher Pedro Severino and the Milwaukee Brewers are in agreement on a one-year, $1.9 million contract, pending physical, sources familiar with the deal tell ESPN. Severino, 28, will join Omar Narvaez at catcher and has incentives in the deal that can earn him another $400,000.”

That’s not a particularly solid group. The trade market may be another option for the Yankees, but there may not be too many options besides Willson Contreras and Jacob Stallings. However, both have multiple seasons left of team control and may not be easy to acquire.

At this point, sticking with Sanchez and trying to “fix” both his offense and defense is perhaps the Yankees’ best option.