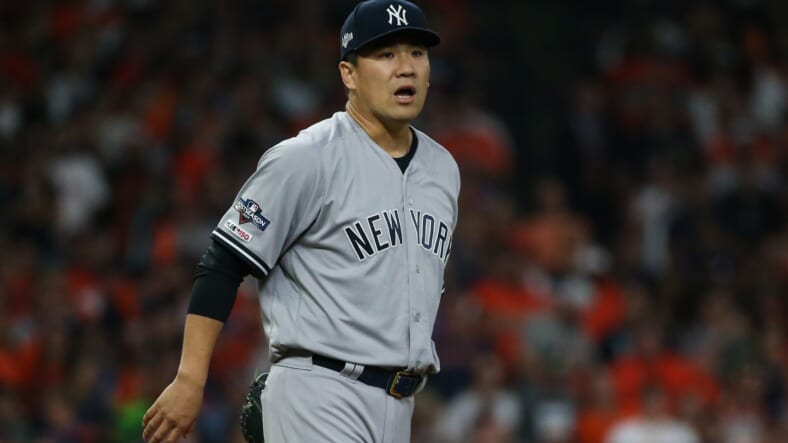 The Yankees cannot afford to pick up any further injuries with Luis Severino, Aaron Judge, and James Paxton all picking up specific ailments in the past few weeks.

With the Bombers beginning Grapefruit League play on Saturday against the Blue Jays, they will already be without Paxton and potentially Severino for an extended period of time.

However, on Friday, they nearly lost a third starting pitcher as two balls came close to striking Masahiro Tanaka on the mound. The first was a ground ball that zipped past Tanaka’s right leg and the second was a line drive that could have decapitated the starter, courtesy of DJ LeMahieu.

Despite the close calls, Tanaka was happy with his performance ahead of the exhibition game on Saturday. He will start next Wednesday against the Washington Nationals.

â€œJust the gradual building,â€™â€™ Tanaka stated after his outing. “I like how I feel right now with the fastball and off-speed pitches.â€™â€™

The Yankees will need the trustworthy pitcher to hold his own during 2020, especially with Paxton expected to miss at least three months after having a cyst removed from his lower back. In 2019, Tanaka posted a 4.45 ERA with 149 strikeouts over 182.0 innings.

â€œIt always hurts, not just a starting pitcher, when somebody goes out with an injury,â€™â€™ said Tanaka, who had offseason elbow surgery to remove a bone spur in his right elbow. â€œThat canâ€™t impact what I have to do.â€™â€™

Tanaka is working on sharpening a new pitch:

The Japanese pitcher is working on refining a cut fastball and was excited about its movement on Friday. Tanaka only featured his cut fastball on 1.7% of pitches in 2019 but will be looking to increase that number in the coming weeks. Hopefully, it can help redefine his approach and increase his efficiency moving forward as his numbers last season were some of his worst as a major league player.