Yankeesâ€™ manager gives save chance to Chad Green, and the righty did not disappoint 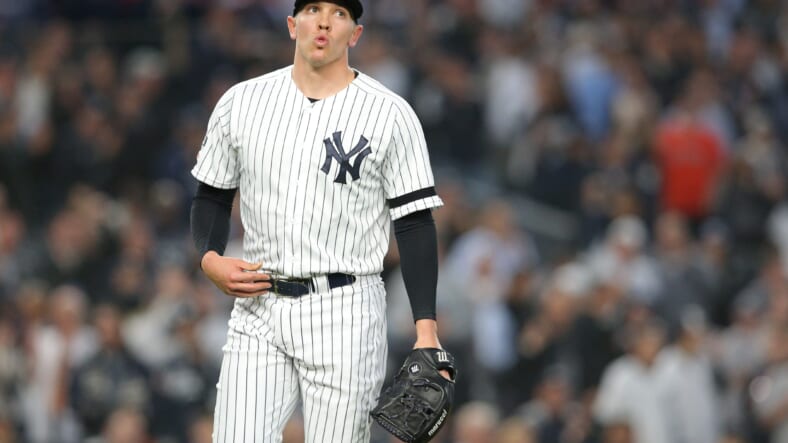 The New York Yankees relied on long relief outings by Luis Cessa and Domingo German to outlast the Seattle Mariners 5-4 last night and earn their third straight victory. They are now 44-41 and remain hopeful that they can keep stringing wins together and make up some of the lost ground in the AL East and the Wild Card race.

Germanâ€™s root canal changed the original pitching plans for the day, but he entered the game in the fifth inning and threw three innings out of the bullpen, allowing three runs that were unearned because of a Gio Urshela error.

Perhaps the biggest takeaway for the Yankees, however, was that the Yankeesâ€™ skipper went to Chad Green to close out the one-run game, bypassing struggling closer Aroldis Chapman in the process.

Green worked the ninth frame and ended up getting his third save (the seventh of his career) with a 1-2-3 inning and two strikeouts.

â€œWhen anybody closes out the last three outs of the game, I think it just means more,â€ Green said to MLB.com. â€œAnybody who has been in that situation in the past realizes how hard it is. Those are three very difficult outs to get.â€

Itâ€™s still unclear what the Yankeesâ€™ plans for Chapman are, but he remains the best bet to be the long-term closer despite a 16.88 ERA in his last seven games.

It should be noted that Chapman threw 24 pitches on Tuesday night and that might have factored in yesterdayâ€™s decision to bring Green in the ninth.

â€œI just felt like thatâ€™s what the game called for right there,â€ Boone said according to NJ Advance Media. â€œObviously Greenie is throwing the ball incredibly well. And with the one-run game and Chappy coming off 20-some pitches (Tuesday) night, I want to make sure I get him in situations that I feel really good about. I just felt like Greenie was the right call.â€

It remains a situation to monitor.

Who should be the closer of the New York Yankees?