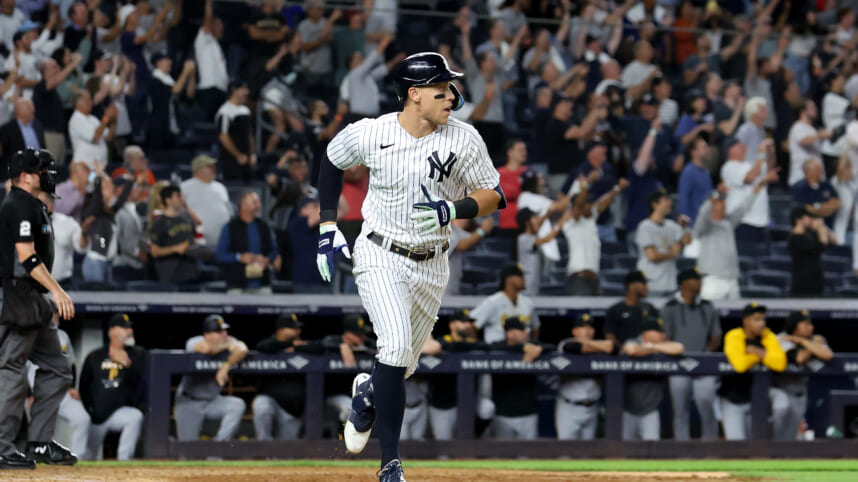 The first two games of the AL Division Series between the New York Yankees and the Cleveland Guardians were terrible for All-Star outfielder (and likely 2022 AL MVP) Aaron Judge. After Game 2, he was 0-for-8 with seven strikeouts and a walk.

Now, after four contests, Judge is 2-for-16 with a homer and nine strikeouts: baby steps, but Yankees manager Aaron Boone believes he is about to fully break out of his funk at the plate.

Judge started the series hitting out of the leadoff spot, but after a couple of games of failed results, Boone switched things up and had him return to his customary two-hole.

Cleveland has dominated Judge in the past, and it has a great pitching staff: those things matter, too, because the other team also plays its game. It’s not that easy. The Guardians hadn’t made any mistakes to Judge, and they had kept their pitches near the corners: nothing middle-middle.

The first middle-middle pitch he saw was from Guards’ starter Triston McKenzie in Game 3, and he deposited it in the stands for a game-tying home run in a game the Yankees eventually lost.

The Yankees slugger is getting closer to his best version

Asked about Judge’s production, Boone said according to the New York Post: “I feel like, one, they’ve pitched him tough this series. I feel like the last two games in Cleveland, he started to get really close to being really locked in like we saw him most of the season.”

About the switch in the lineup, Boone stated that “I just wanted to flip it up a little bit. “Part of it [is], I feel like we’re a little more whole as a group than we were two and three weeks ago, or certainly a month, six weeks ago, when I felt like there was the real necessity to put him up there.”

The team thought that Judge could give them a spark from the leadoff spot they have lacked. “With no DJ, with no Benintendi, we don’t really have that prototypical leadoff hitter,’’ Boone said. “I think Judge is the closest thing to it just because he gets on base at such a high clip and you want your best hitters getting up there.’’

The concept is good, in theory, and it worked in the regular season as Judge thrived from the leadoff spot. But with his struggles during the first two games, the Yankees skipper decided to move him back to the second slot, and the results are already showing, albeit slowly.