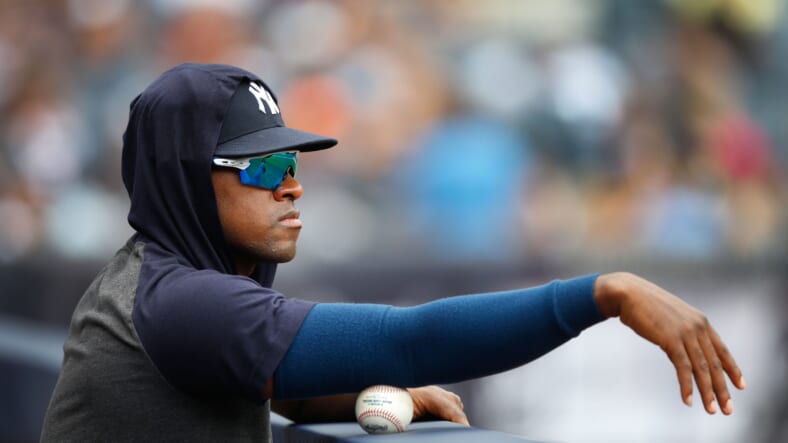 The 83-67 New York Yankees lost again in Sunday against the lowly Cleveland Indians, further complicating their playoffs chances given that their two direct rivals in the Wild Card push, the Boston Red Sox and the Toronto Blue Jays, won.

The Yankees, now a game and a half behind Toronto for the second Wild Card berth, need all the help they can handle. Thankfully, ace Luis Severino, who has suffered nearly every injury on the book since the spring of 2020, is ready to make his much-anticipated return.

At this point, there is no time for Severino to build up his arm as a starter, because the season ends in less than two weeks. Thatâ€™s why his manager, Aaron Boone, is envisioning a bullpen role for the star righty.

The Yankees need Sevy more than ever

After overcoming elbow, groin, and shoulder injuries, Severino is ready to help in a relief role. Boone described what his role could be to MLB.com.

â€œHis last live outing was two [innings] and 35 [pitches], so we view him from anything from an inning in some situations to possibly two- or three-inning scenarios that I think heâ€™ll be able to handle,â€ Boone said.

Severino threw that live batting-practice session at Yankee Stadium on Friday. His right arm, currently sitting in the 96 mph range, has all the necessary talent to succeed in a relief role, and the Yankees need help there, more than ever.

They lost Darren Oâ€™Day and Zack Britton for the year, Chad Green is clearly fatigued, and Jonathan Loaisiga, while he has made progress, remains sidelined with a rotator cuff injury.

The Yankees, however, donâ€™t see Severino as an opener.

â€œI would never say never,â€ Boone said, â€œbut hopefully moving forward, weâ€™ve got our four or five starters that have been pitching in the rotation and we feel good about.

“I guess if you get down towards the end and you get into a playoff scenario, anything is possible. But first things first is getting him back and getting him in a big league game at some point.â€