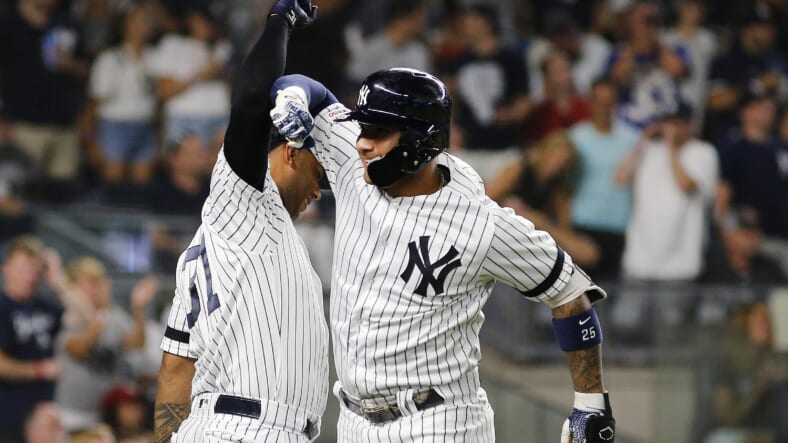 Since he arrived to the New York Yankees in 2016, center fielder Aaron Hicks has been a walking machine. He posted at least a 14.0 BB% in three out of his last four seasons, and the other one was a still-great 12.2 in 2019. His keen eye, some would say, is ideal for the leadoff spot in Aaron Booneâ€™s lineup card day in and day out.

However, he is also a switch hitter with a considerable amount of power, evidenced by his 27 home runs in 2018, his last fully healthy season with the Yankees. Last year, he hit six balls out of the park, but he was coming off offseason elbow surgery.

As a result, and by virtue of his excellent power and patience combo, the Yankees love what Hicks brings to the table as a number three hitter.

Hicks is one of the Yankeesâ€™ best and most patient batters

Boone has recently said that he sees Hicks as his third hitter for the 2021 season. He shows a tremendous amount of confidence in the versatile outfielder and believes he is among the best hitters in Yankeesâ€™ loaded roster.

“When I played, the three-hitter was the best hitter on the team,” Boone said. “It’s kind of evolved over the last several years. Since I’ve been here, over the last three or four years, you really think more closely and intimately about how you put the lineup together and where certain skill sets match up the best. It’s something that’s evolved steadily over the last 10 years.”

Boone will write down DJ LeMahieu and Aaron Judgeâ€™s names in the first two spots in the Yankees’ lineup, as he wants them to have the most possible at-bats. Then, he likes Hicks because he is talented, patient, powerful, and because he breaks up a string of righties, such as Giancarlo Stanton, Luke Voit, Gleyber Torres, and Gary Sanchez.

“I’m super comfortable there,” Hicks said to MLB.com. “I understand what the job needs. I know that I can do both. I hit for power and also get on base. Especially in our lineup, with the four guys that I’m around, I think that combination is really good.”