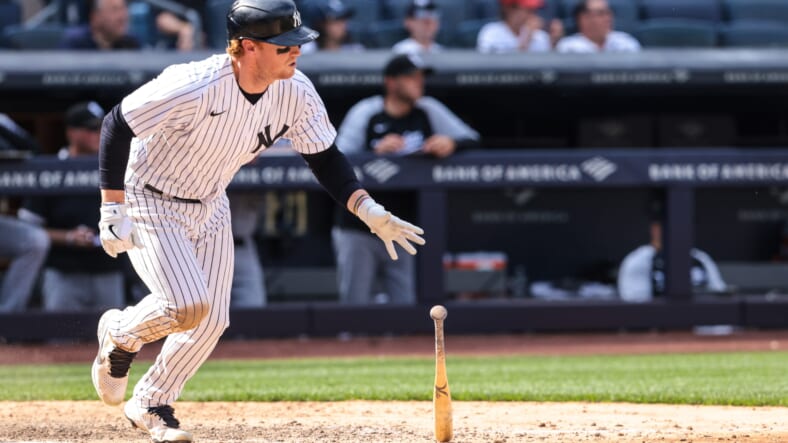 The New York Yankees, in an effort to protect some of their most prized prospects from being available in the Rule 5 Draft, had to open up some 40-man roster spots last week. They had to let go of several veterans, like Tyler Wade, and failed projects, like Clint Frazier.

Last year, however, was a mess for the former Yankeesâ€™ top prospect. He hit .186/.317/.317 with an 83 wRC+, or 17 percent below average. He couldnâ€™t build off the success he experienced in 2020, and experienced a lot of physical issues that included dizziness and vision problems.

The most important thing, for him, is to regain his health. That will have to come first, and once that happens, then he will be able to think about turning his career around. It wonâ€™t be with the Yankees, it seems.

He couldnâ€™t establish himself with the Yankees, but his career is far from over

On Friday, the Yankees had a week to remove the contracts of Wade, Frazier and Rougned Odor from the roster via trade or irrevocable waivers. If the DFAâ€™d player clears waivers, he can be outrighted to the minors or released.

Yankeesâ€™ manager Aaron Boone had some words to refer to Frazier. Per Yahoo! Sports:

â€œBig leagues is hard. Fortunately for him, his storyâ€™s not complete from a baseball standpoint. The bottom line for Clint is heâ€™s a guy with a lot of ability and itâ€™s just a matter of â€“ obviously heâ€™s dealt with some different injuries and things that have kept him on and off the field at different times. But I feel like if he gets the right opportunity and the right health, he still has an opportunity to write a really good career story. I certainly wish him well moving forward, but even when youâ€™re really talented, nothingâ€™s a sure thing. … I do feel like he made really good strides on a lot of different areas of his game at different times based on some of the input, whether it be coaching, whatever it may be. Again, I just think some of the [timeliness] because of the different ailments and injuries really was what ultimately kept him from finding a consistent path.â€

Do you think Frazier can turn his career around away from the Yankees?