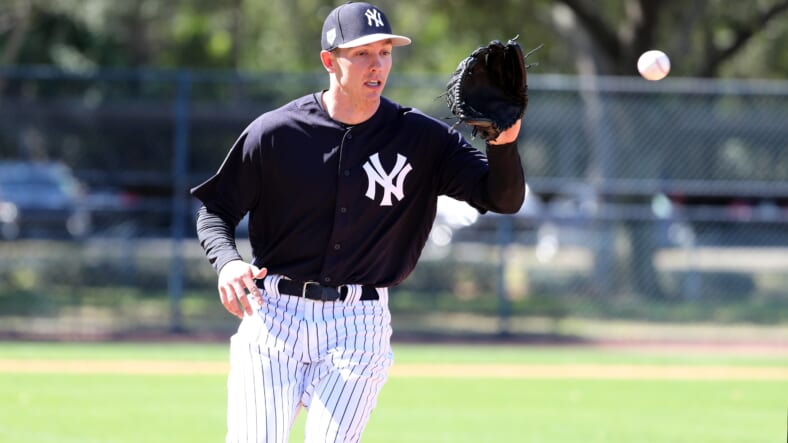 For the most part, Chad Green has been a really good reliever for the New York Yankees in 2021. He has a 3.06 ERA and a 0.84 WHIP in 50 innings, and thatâ€™s near-elite production. However, it seems like he has struggled most of the times he has been called upon to finish a game in the ninth inning.

Last night, Green surrendered a two-run lead in the ninth inning of a 5-4, 10-inning loss to the Red Sox at Fenway Park. However, Yankees manager Aaron Boone isnâ€™t worried about him.

â€œNot really,â€ Boone said when he was asked if Green might be dealing with pressure in ninth innings.

In last nightâ€™s game, the Yankees gave Green a 3-1 lead. After one out, back to back singles put the tying run on the bases. Thatâ€™s when Kike Hernandez ripped a two-run double that tied the ballgame.

The Yankees ended up losing in the tenth, the infamous four-wild pitch inning by Brooks Kriske.

Green had lost the Yankees another recent game in the ninth

In his previous shot at the ninth inning, Green also blew the game when the Yankees lost 8-7 in Houston, before the All-Star break.

â€œI think more with Chad, and in trying to protect him a little bit with some of his usage, weâ€™ve leaned on him so heavily in the first half and in the back end of the first half with multi-inning situations, Iâ€™ve tried as best as I could lately to pick some spots with him to (give him off days),â€ Boone said, per NJ Advance Media. â€œI actually thought he threw the ball really well. I thought he was crisp. I thought they just put some really good swings on him. I thought he was sharper tonight than say in Houston when he was struggling out there to find it a little bit. I didnâ€™t think that was the case (Thursday). I think they put some really good swings on balls to square him up.â€

Aroldis Chapman and Zack Britton were unavailable yesterday due to high recent usage, and Jonathan Loaisiga was still on the COVID-19 list.

Leaving Luis Cessa after he retired the previous inning in five pitches was an option, but the Yankeesâ€™ skipper was prepared to go to Green, and he doesnâ€™t regret it.