Yankees make a depth outfield signing, but certainly not the one they need 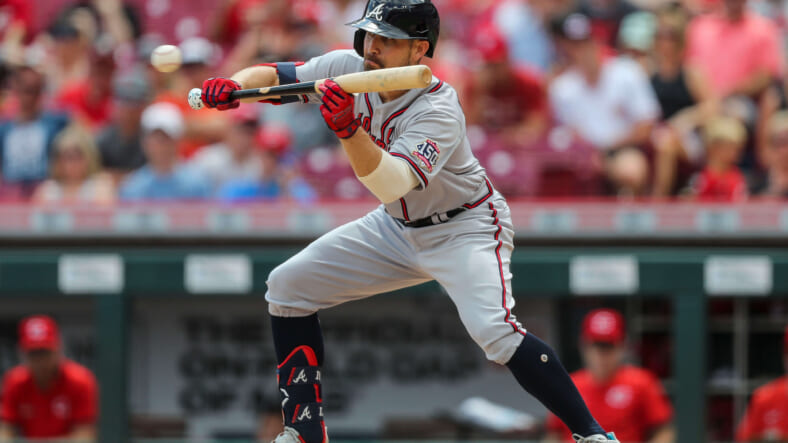 News for the New York Yankees is slow, for obvious reasons. The Players Union and team owners are preparing to meet and discuss about core economic values in January, but a prolonged lockout seems like it’s all be guaranteed. With that being the case, we can expect plenty of irrelevant storylines, gossip, trade prospects, and mock deals, which are always fun until they’re not.

However, the Yankees did land a player recently via the transaction wire that went under the radar. According to Lindsey Adler of The Athletic, the Bombers signed Ender Indiarte to a minor-league deal, replacing a few weaker depth pieces that have since been let go this offseason.

Inciarte was once a respectable player, but at 31-years-old, his best service comes in the form of depth and last-resort situations. The veteran outfielder started off his career in Arizona with the Diamondbacks, posting intriguing numbers, including a .278 average in 2014 and .303 in 2015.

Arizona proceeded to send him to Atlanta, where he’s stayed since this most recent campaign, earning a Championship with the Braves. Bringing players over from successful teams is always ideal, whether they bring reserve talent or leadership mentalities.

What Ender Inciarte brings to the Yankees:

Inciarte only featured in 52 games this past season, posting a .215 average with two homers. He’s far from slugger and his best days are undoubtedly behind him, but he can serve as a valuable defender and decent enough hitter where he wouldn’t represent an automatic out. Ender was once a base-stealing monster, but his services in that department have simmered to single-digits.

This isn’t the big signing the Yankees imagined at this point in the off-season, but these are the depth pieces that eventually supplement injuries and make an impact. Considering Ender featured in 52 games for Champions this past year, we can expect to see him with the team in 2022 given he can make it through Spring Training.