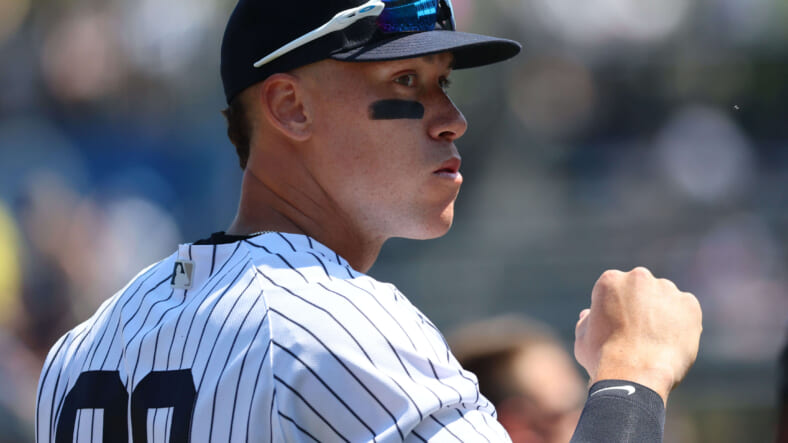 In just a couple of hours, the second half of the MLB season will kick off with the Yankees set to take on the Astros in a double-header. The two best teams in the American League will battle twice to try and get their second half’s off to a good start.

Soto recently rejected a $440 million extension from the Nationals and now the team is poised to move him at the deadline. The 23-year-old superstar is expected to return one of the biggest if not the biggest prospect package in history in a potential deal.

The Yankees are one of the names being thrown out there as a team that’s interested. However, I’m hesitant to believe that they end up giving up the prospects it would take. I also believe they are on the outside looking in due to their ties to Aaron Judge.

Aaron Judge would have been the American League MVP if the season ended at the All-Star Break. He hit a Yankees record 33 home runs and couldn’t be having a better year as he prepares to hit the open market after the season. The Yankees want to keep Judge for the rest of his career.

I can’t see them having four contracts paying players over $30 million. For that reason, I’m finding a hard time seeing a Soto move. However, there’s one team that’s in on Soto that could greatly benefit the Yankees. That team is the San Francisco Giants.

All along, I’ve thought that if Aaron Judge leaves the Yankees, he would leave for the Giants. It reminds me a lot of the Freddie Freeman situation. Freeman went home to the Dodgers and Judge would be going home to the Giants.

Judge grew up a Giants fan in California. The Giants have been wanting a big-time outfielder for a while now. However, they haven’t been able to make it happen. If they don’t acquire Soto and the Yankees don’t get a deal done ASAP with Judge, the Giants will be all over him.

JP Morosi said today that the team he’s watching for Soto is San Francisco. Yankees fans should want to see that happen if Soto gets dealt to any team outside The Bronx. If Soto goes to SF, the odds of Judge re-signing go up.