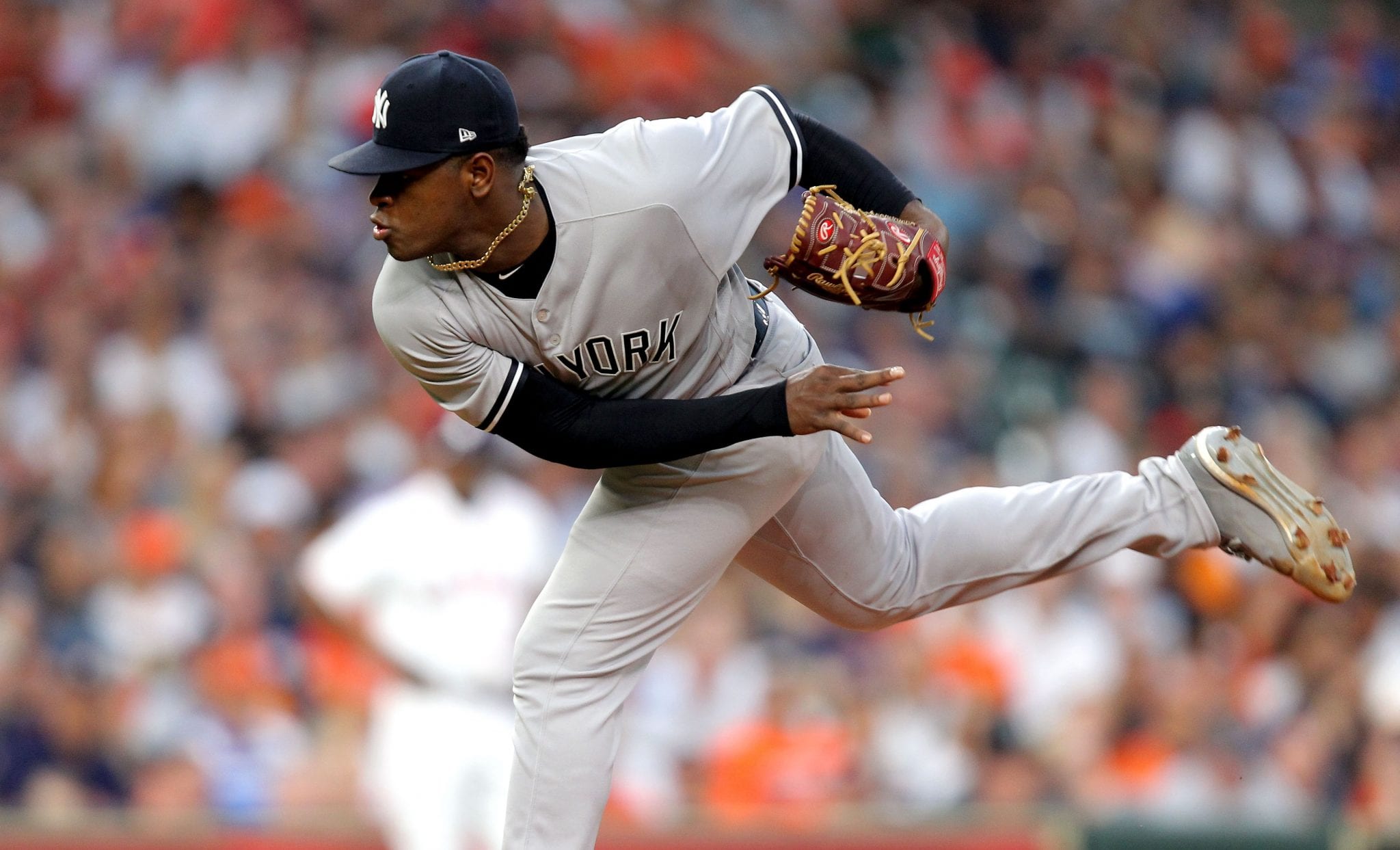 The New York Yankees’ Luis Severino was doling out triple digit strikeouts on Tuesday night in Philadelphia in his 6-0 win over the Phillies and Jake Arrieta.

“It seemed like the life on his fastball, it’s always good. [Tuesday] it seemed really special,” Yankees manager Aaron Boone said. “As I like to say, that thing was ‘crispy.’”

Severino, according to Harvey, leads all major league starters with a “crispy” 44 100 mph pitches this season and increased that total by 12 pitches of 100+ mph on Tuesday night.

Severino throws 6-7 innings of 100+ mph fastballs and is relentlessly consistent. Phillies announcer Larry Andersen noted humorously that he is essentially a two-pitch pitcher:

In the 4th inning of Tuesday’s game, Severino struck out Odubel Herrera with his fastest pitch of the season and the fastest by a starting pitcher this season.

Some real high 🔥 from @LuisSeverino94 tonight!

After a somewhat disappointing outing, despite getting the win, his last time out against the Mariners on June 21, in which he pitched only 5.2 innings, giving up eight hits and three runs with only five strikeouts, Severino posted six hits, nine strikeouts and no walks through seven shutout innings against the Phillies.  He was in Cy Young form, as MLB.com’s Bryan Hoch points out:

“Severino has allowed one or no runs in 24 starts since the beginning of 2017, the most in baseball over that span. After finishing third in the American League Cy Young race last season, behind the Indians’ Corey Kluber and Chris Sale of the Red Sox, Severino could be in position to bring home hardware in the near future.”

Severino’s shut out record is impressive and results from the consistency with which he is able to pitch at an elite level.  As a result, he was the first pitcher in Major League Baseball to win 12 games this season.

Severino’s next outing will most likely be against the Boston Red Sox on Sunday night in the Bronx and he told ESPN’s Harvey that he looks forward to the outing:

“I want to face any team,” Severino said. “I’m not scared of anybody.”

After a loss and a no-decision earlier in face-offs with the Red Sox this season, Severino seems primed and ready to deliver another elite performance.