Yankees lose two fan favorites to waivers, letting them walk for nothing 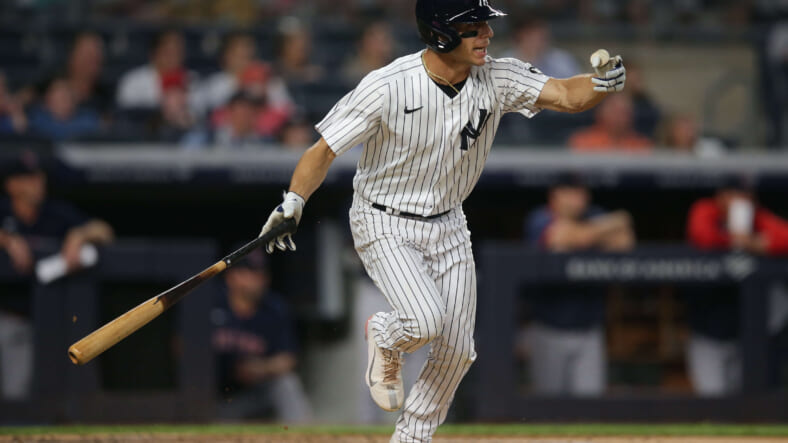 The New York Yankees allowed several fan-favorite players to walk late this week, being claimed off waivers. Acting as a few spark plugs during the regular season due to injury, fans began to show love for infielder Andrew Velazquez, who grew up in the Bronx. Outfielder Greg Allen also spent time with the Yankees in 2021, making 15 appearances and enjoying 37 at-bats.

Allen proved to be a catalyst on the base paths, recording five stolen bases on 15 on-base opportunities. He finished the year with a .270 average and .849 OPS. He contributed 10 hits, including four doubles and a triple. As a five-year MLB veteran, Allen hasnâ€™t enjoyed too many chances to showcase his qualities, despite logging a .257 average in 2018 with the Cleveland Indians over 91 games. Allen was scooped up by the Pittsburgh Pirates on Friday, the Yankees announced.

Velazquez, who has spent the last nine years fighting his way to the MLB, finally enjoyed a solid sample size with the Bombers, making 28 appearances. During that time, Velazquez posted a .224 average with one homer and six RBIs, logging a 33.8% strikeout rate and 1.5% walk rate. Velazquez was a solid defender, though, masking some of the deficiencies that Gleyber Torres allowed at shortstop.

The Yankees have bigger plans at the position, as they prepared to unload a massive contract for a free agent this off-season. Carlos Correa, Corey Seager, and Trevor Story have all been linked to the Yankees in some capacity, so the winter months will undoubtedly be exciting.

Nonetheless, the feel-good stories of Velazquez and Allen wonâ€™t be forgotten, and if injuries continue to bite them in the butt, there could be new favorites next season. Preferably, they will be young prospects with more potential instead of journeymen who have little chance of sticking around.