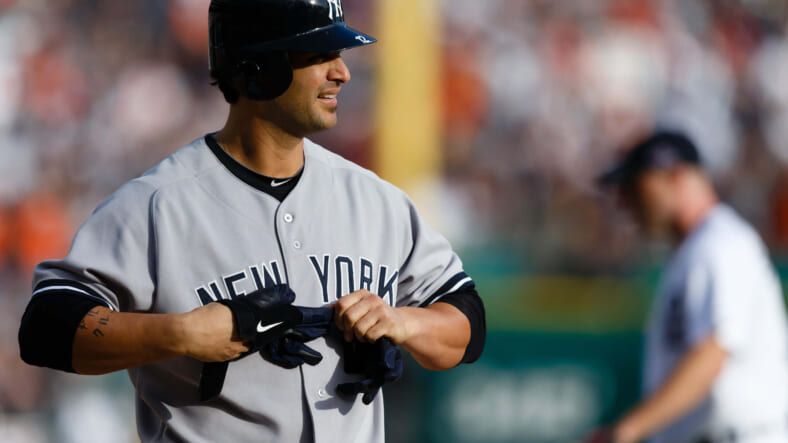 The New York Yankees are having a tough time finding the players and coaches they so desperately need this off-season. Of course, general manager Brian Cashman failed to execute any big deals before the lockout commenced on December 1, but there is hope things will heat up in the coming months as spring training quickly approaches.

However, the Yankees lost one of their new coaches this week, Eric Chavez, who rejoined the Mets under general manager Billy Eppler and head coach Buck Showalter.

Chavez was recently announced as the Yankees’ new assistant hitting coach, having spent 17 seasons as a player in the major leagues, mostly with the Oakland Athletics under Sandy Alderson, the current Mets president. He did enjoy some time with the Yankees and Diamondbacks, hitting .268 over his career with 260 homers and six Gold Glove awards.

Interestingly, the Yankees allowed Chavez to interview for the vacant Mets job, moving from assistant head coach to the lead Mets hitting coach under Showalter’s regime.

Eric Chavez will not be joining the Yankees coaching staff after all. Per source, Chavez will become the new Mets hitting coach.

This is undoubtedly a turn of events considering the Mets’ newly aggressive style with Steve Cohen as their owner. It must be exciting to be a Mets fan at the moment, scooping up players left and right and stealing coaches from the Yankees, a reality the most never thought would come to fruition.

Nonetheless, Cashman must feel a sense of urgency as the team just a 7 train away in Queens is making lavish moves. Cashman will now need to find a new assistant hitting coach to pair with Dillon Lawson, who was promoted on December 21.