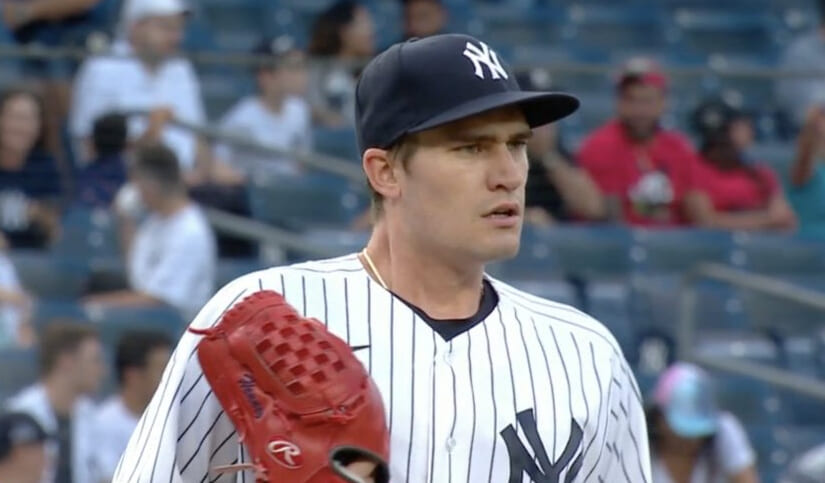 When the New York Yankees struck a deal with the Los Angeles Angels at the trade deadline this past year, one of the players they got in return was starting pitcher Andrew Heaney.

Heaney, who is 30-years-old and a former first-round pick in the 2012 June Amateur Draft, was on a one-year, $6.75 million deal before joining the men in pinstripes.

At 6’2″ and 200-pounds, Heaney had recorded a 5.27 ERA over 18 games with the Angels. He pitched in 35.2 innings with the Yankees, recording an awful 7.32 ERA, giving up 13 homers and 29 runs. In comparison, he gave up 16 homers in 94 innings with the Angels earlier this past season, showcasing a massive reduction in production and efficiency.

The Yankees offered Heaney an opportunity to sign an outright assignment with the Tampa Bay farm team, but he elected to hit the free agency market on Friday. As one of the only left-handed pitchers in the Yankees’ rotation and bullpen, it is unlikely he wouldâ€™ve played a big part in the future plans, to begin with.

Now, the team will look forward to the winter months, where they can begin planning for a big free agency market filled with talented shortstops. They also have to make a big decision on skipper Aaron Boone, whose contract is up and waiting patiently for management to make a choice on extending him or letting him go.