Yankees lose out on one of the top shortstops, Cashman is taking a risky approach 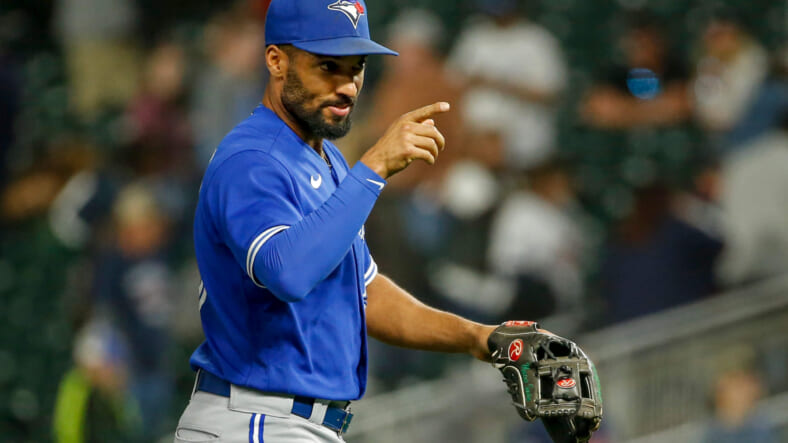 The New York Yankees are waiting patiently for the free agency market to simmer down, but that could be an extremely risky approach for a general manager Brian Cashman. The Yankees have plenty of money to spend this off-season, as they recently tossed a one-year, $25 million deal in the direction of Justin Verlander, who elected to stick with the Houston Astros on a two-year contract worth $50 million instead.

However, Cashman has a bit of flexibility with his spending, so we can expect them to push past the $210 million luxury tax threshold in hopes of landing a big name. The team desperately needs a shortstop addition and starting pitching, but one of the big prospects has come off the board.

Entering this off-season, there were a number of top shortstops looking to land long-term contracts, and Marcus Semien agreed to a seven-year, $175 million deal with the Texas Rangers on Sunday evening. Semien is an elite offensive player, hitting .265 with 45 homers and 102 RBIs this past season in his first All-Star caliber season. Semien ranked 3rd in MVP voting this year, earning a Gold Glove and Silver Slugger award.

One of the most attractive aspects of Marcus is his health history, playing in 162 games in two of his last three seasons, with one of them being the COVID-19 shortened campaign.

With Semien off the board, earning $25 million per season, the Yankees’ focus shifts over to Carlos Correa and Corey Seager, who are still available and looking to sign a big contract.

The Yankees need to get on their horse:

Correa, despite his history with a Houston Astros, would be a splendid fit in New York, given his elite defensive and offensive attributes. He is a consistent contact hitter with solid slugging abilities, making him a perfect fit in a lineup that desperately needs another steady batter that doesnâ€™t rely on the long ball. In addition, heâ€™s a fantastic defensive player, and with the shortstop position being a liability with Gleyber Torres in the past, solving it once and for all would be ideal.

Nonetheless, Seager also fits the bill quite nicely for the Bombers, given his lefty bat and a short right porch in Yankee Stadium. Seager is expected to move to third base at some point in the future, and with a number of elite young prospects climbing through the Yankees’ farm system, they may see him as a more practical addition.

By waiting, though, Cashman is undoubtedly being a bit riskier as he waits for the market to settle down and price tags to diminish. However, with Semien setting the stage at $25 million per season, thereâ€™s likely no chance Seager or Correa land underneath that number.