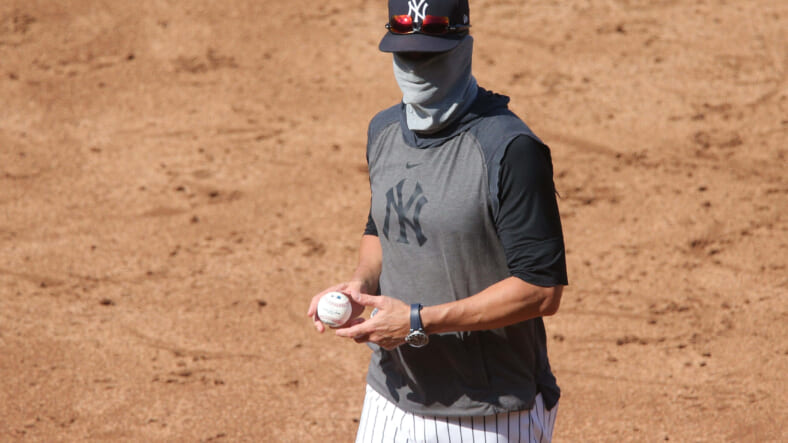 The New York Yankees may need playing talent, but they also turned over the coaching staff after another disappointing season. One of the coaches the Yankees brought on was Eric Chavez, who played 17 seasons in the majors before joining the Yankees’ front office. He also spent five years with a Los Angeles Angels and their management team but will offer his qualities as an assistant hitting coach for the Bombers moving forward.

Chavez will work with Dillon Lawson, who was promoted to the team’s lead hitting coach after a successful tenure in the minor-league system. It is nice to see that the Yankees are putting more faith in some of their up-and-coming talent.

“I view him a little as a Swiss Army [knife],” Boone said during a Zoom call on Wednesday. “He’s gonna have a lot of different responsibilities. His role is gonna evolve as he allows it to.”

Chavez offers a ton of value in many different ways, especially since he played the game at a high level as a former third baseman.

Working with Lawson, who drew great reviews from Boone, should give him plenty of fantastic experience under an accomplished coach in the farm system.

“Taking over the hitting program from a player development standpoint, we saw during this post-COVID season, all levels [in the minors] have really dynamic offenses,” Boone said of Lawson’s work in his previous role. “He’s had a really strong impact on not only our top prospects, but even fringe guys. He’s earned this opportunity.”

Hopefully, there will be no work stoppages during the season, with spring training set to start in late February. Both the Players Union and team owners are expected to meet in early January to commence negotiations, but they are far apart on several important issues.