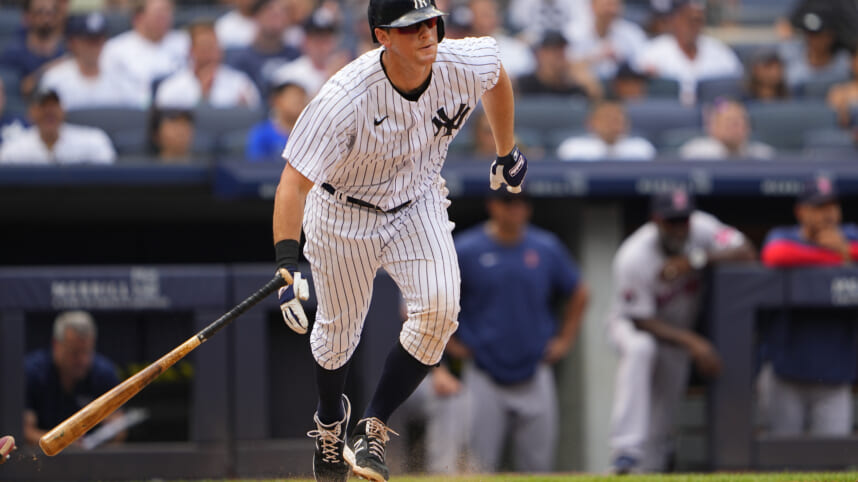 There is no question the New York Yankees are a better team when DJ LeMahieu is healthy and contributing. However, LeMahieu went through a treacherous stretch in August and early September, dealing with a toe injury. He hit .211 with a 27.6% on-base rate, including one homer and just four RBIs in August. Across three games in September, DJ failed to record a hit over 12 at-bats and got on base just once via a walk.

Despite his absence, the Yankees have managed to string together a solid streak of wins, emerging victorious in seven of their last eight games. However, the Bombers are preparing for DJ to return in the coming days, wrapping up on Tuesday prior to the team’s second game of a three-game set against the Toronto Blue Jays.

According to Bryan Hoch of MLB Network, LeMahieu could make a return against the Baltimore Orioles on Friday.

This would give DJ about seven more games before the playoffs start in early October, allowing him a small sample size to ramp up.

The Yankees have to figure out how they’re going to utilize DJ LeMahieu:

The question is, how will the Yankees utilize him defensively? Currently, they are getting phenomenal production out of Gleyber Torres, Anthony Rizzo is performing well after returning from a lower back issue, Isiah Kiner-Falefa has been solid in September, and Josh Donaldson has elevated his game post-girl-dad.

Seemingly, the infield doesn’t need LeMahieu‘s consistent glove, but he can help mitigate fatigue down the stretch and plug any holes management needs.

Specifically, there may be favorable matchups that suggest LeMahieu is the better play, but that is an analytics game and will only be determined by the Yankees’ opposition in the playoffs.

Having DJ lead off is ideal, given the dominance of Aaron Judge and his ability to drive in runners via the long ball. There is no doubt that LeMahieu has exponential value, but as long as the Yankees are winning games, they shouldn’t rush him back.