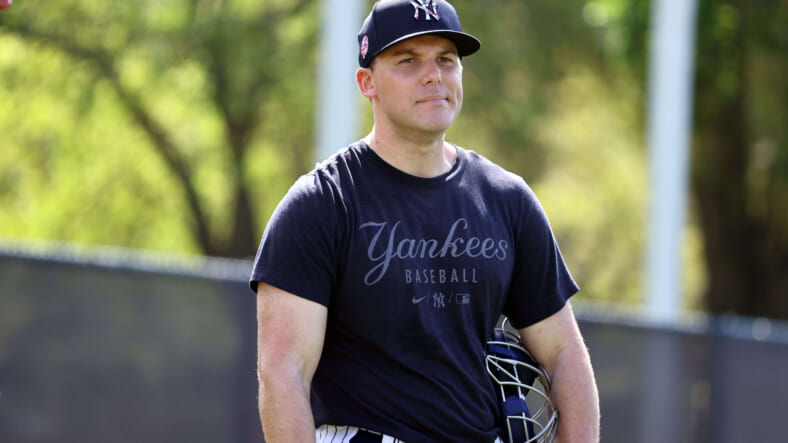 The New York Yankees are getting healthier as we quickly approach the All-Star break in a week. The Bombers are gearing up to face off against the Cincinnati Reds in a three-game series starting Tuesday evening but are dealing with some losses in the bullpen.

Relief picture Ron Marinaccio was recently placed on the injured list with shoulder inflammation, a similar situation to Jonathan Loáisiga. The 27-year-old pitcher hasn’t made an appearance since May 22 against the Chicago White Sox, when he gave up four hits, and four earned runs over 0.2 innings. Immediately after, he was placed on the injured list and has been fighting his way back ever since.

Loáisiga enjoyed a rehab assignment with Single-A Tampa several days ago and is already being elevated to Triple-A Scranton. This is a great sign he could be back in the coming days, just when the Yankees need reinforcements to mitigate fatigue.

The All-Star break should provide a nice cushion to rest for a week, allowing Loáisiga a bit more time to rehabilitate and get back to his former self. The bullpen arm hosts a 7.02 ERA on the season with 9.72 strikeouts per nine and a 51.1% ground ball rate. His stuff this season has been far less efficient compared to 2021 when he posted a 2.17 ERA with 0.38 home runs per nine and a 61% ground ball rate, all career bests.

The Yankees are also getting close to returning reserve catcher Ben Rortvedt, who was acquired in the Minnesota Twins trade earlier this past off-season.

The 24-year-old catcher was a favorite of coach Tanner Swanson, who came over from Minnesota. Rortvedt featured a .254 batting average with a 32.4% on-base rate, five homers, and 22 RBIs last season in Triple-A. He made 39 appearances with the Twins in 2021, hitting .169 with a 23% on-base rate. However, Rortvedt simply hasn’t had enough reps or experience to determine what his future will be like at the major league level.