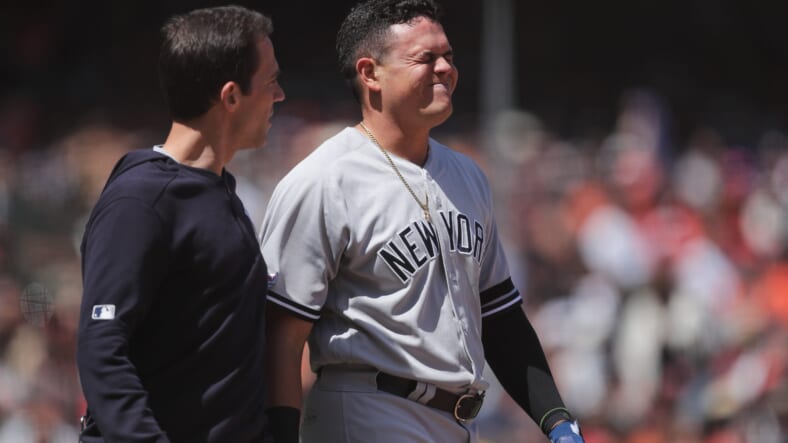 With the New York Yankees scheduled to take on the Tampa Bay Rays on Friday evening, they will be without two of their primary starters. Right fielder Aaron Judge has been dealing with a mystery injury as of late, and skipper Aaron Boone has failed to offer a reasonable explanation for his absence.

The second player to miss Fridayâ€™s game is Gio Urshela, as he is experiencing side effects after being vaccinated on Thursday.

Judge reportedly has pain in his left side, and whether it be his oblique or a lower-body issue, the Yankees refuse to offer any explanation for whatâ€™s going on. This might be part of their new approach, trying to keep the media away from making any egregious assumptions, or they simply are unsure where the pain is stemming from.

â€œJust felt like I wanted to wait another day,â€™â€™ Boone said Friday. â€œWeâ€™ll see where heâ€™s at in 24 hours. Itâ€™s simply wanting to play the long game and not force anything.â€

Ultimately, the Yankees desperately need Aaron Judge in the lineup, as he couldâ€™ve been the catalyst in their most recent loss to the Baltimore Orioles that went to extra innings. Judge played in just 29 games out of 60 last year and 28 in 2020. His injuries have significantly dampened the overall mood surrounding a potential long-term extension in the future. When available, heâ€™s easily one of the best hitters in baseball, but sometimes the best ability is availability.