Yankees in on Castillo, Montas sweepstakes but who’s the better pitcher? 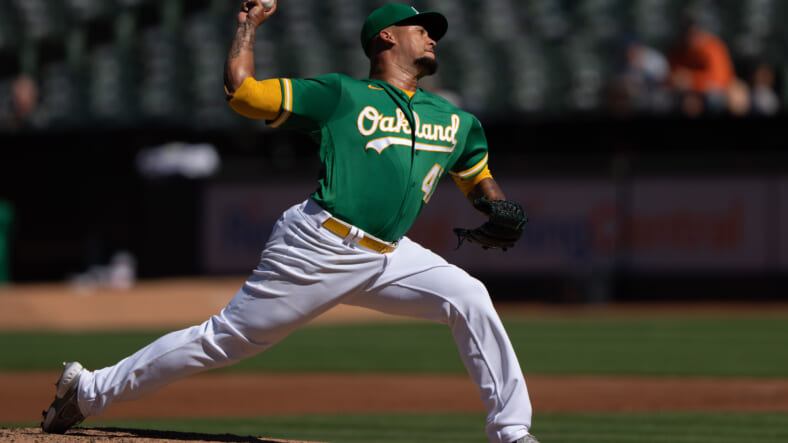 The New York Yankees are likely making a big move before August 2 trade deadline. We don’t know if they will address their rotation, their decimated bullpen, or their outfield, but chances are they will make some kind of a splash within the next few days if they want to maximize their chances of winning this season.

Mark Feinsand of MLB.com had stated in the last few hours that the Yankees are not as focused in Washington Nationals’ outfielder Juan Soto as they were in two top pitching targets: Oakland Athletics’ Frankie Montas, and Cincinnati Reds’ righty Luis Castillo.

Yankees are in on Frankie Montas as well as Luis Castillo (and others). Starting pitching a priority. Nothing known to be close.

Both would be very good options for the Yankees. And, as a matter of fact, they are very close in several relevant aspects: age (both are 29) service time available (both have a year and a half left of team control and will hit free agency after the 2023 season), and current performance (Castillo has a 2.77 ERA with a 3.04 FIP; whereas Montas has a 3.18 ERA and a 3.36 FIP).

Who is a better fit for the Yankees?

So, who is the best fit for the Yankees? Both would be difficult to acquire: they are not rentals, so Cincinnati and Oakland could theoretically hold on to them with the hope of competing in 2023.

That’s not going to happen, because they won’t be competitive next year, and are very likely to trade the two hurlers.

Both pitchers would slot in the Yankees’ rotation to perfection, and there is no wrong answer. However, Montas is making $5.03 million this year, and Castillo is at $7.35 million. The gap will likely be larger next year, too, so that’s a point in Montas’ favor.

In addition to the salary, Montas has another thing working in favor: he has a lifetime 3.40 ERA against the Houston Astros in 76.2 innings and 13 starts. The Yankees have had issues winning against the Astros this year.

Recent performance is a wash, because Castillo has the better 2022 ERA with 2.77, but was at 3.98 last year. Montas is currently at 3.18, but was equally good last year at 3.37. Taking the small-sample-size 2020 (and his back issues), the A’s pitcher has been slightly more consistent.

All in all, both are extremely talented and in their primes, but Montas could be a bit cheaper this year and next and may be just as good as Castillo.