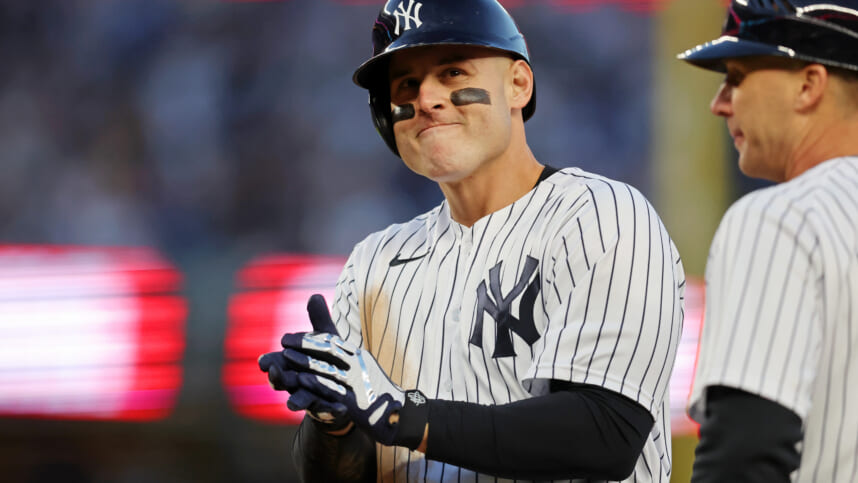 The New York Yankees can’t afford to lose Anthony Rizzo to free agency, since they don’t have a proper supplement on the roster.

Theoretically, they could shift DJ LeMahieu over to first, but that wouldn’t be the best use of his value given his traditional spot at second base and as a utility player. Rizzo brought exponential value to the team during the 2022 season, after signing a two-year, $32-million deal with a player option for 2023.

Rizzo opted out of his second year, but general manager Brian Cashman extended him the qualifying offer of $19.65 million. However, the expectation is that Rizzo will decline that offer and search for more years and money.

Having just earned $16 million this past season, the Yankees will likely have to increase that salary hit substantially. The 33-year-old hit .224 with a 33.8% on-base rate, 32 homers, and 75 RBIs. During the playoffs, he was one of the only Yankee players to produce, hitting .276 with a 43% on-base rate, two homers, and eight RBIs over nine games.

The reality is simple, losing Rizzo would be devastating, but the Yankees will have competition for his services according to one MLB insider.

Per Dan Martin of the New York Post, two teams in specific could try to pry Anthony Rizzo from the Yankees:

The Giants, believed to be among the top threats for Judge if he doesn’t stay in New York, could also go after Rizzo, now that Brandon Belt is a free agent.

The White Sox are another potential landing spot for Rizzo, who spent nine-plus seasons on the other side of Chicago with the Cubs before his 2021 trade to the Yankees.

The Yankees will need to fend off stiff competition for Anthony Rizzo:

The Bombers are expected to get serious competition from the San Francisco Giants for Aaron Judge, let alone Rizzo. There are other teams with financial flexibility looking to make a splash, so Cashman needs to pounce early to retain some of his best players.

The best alternative on the free-agent market is veteran José Abreu and a younger option in Josh Bell. However, Bell is a suspect defensive player but dos offer adequate offensive capabilities as a switch hitter.

The Yankees might be more willing to give LeMahieu the first crack at first base than to bring in a free-agent acquisition. Avoiding that situation is the best course of action, though, meaning extending Rizzo is a necessity, right behind prioritizing judge.