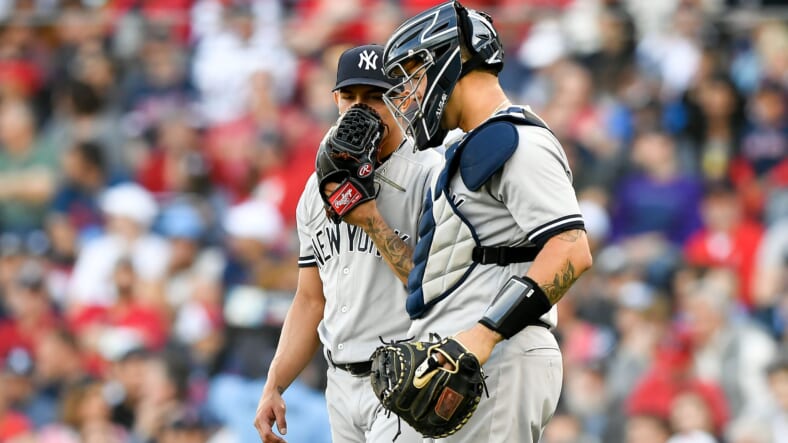 The New York Yankees relied heavily on their bullpen during the 2021 season due to injury issues with the starting rotation. General manager Brian Cashman took a risky approach toward his starters, signing Corey Kluber to a one-year, $11 million deal and trading for Jameson Taillon from the Pittsburgh Pirates. Both pitchers were coming off significant injuries, so depending on them to be legitimate options in the rotation for the entire season was always optimistic.

Both ended up suffering injuries, forcing the bullpen to step up and supplement. One player who rose to the occasion was Nestor Cortes, who finished with a 2.90 ERA over 93 innings last season. He hosted an 85% left on-base percentage, the highest of his career, and 9.97 strikeouts per nine, his best mark.

Retaining Cortes might be a priority for Cashman this off-season, but one other relief pitcher has proven to be a fantastic option toward the end of games.

With Zack Britton failing to make an impact due to injury last season, Jonathan Loáisiga stepped up and had a phenomenal performance.

The 27-year-old pitcher also recorded a 3.01 SEIRA and 3.15 xFIP, both representing the best numbers in his career with a minimum of 25 innings pitched. His elevation softened the blow significantly regarding Britton’s injury and Aroldis Chapman‘s inconsistencies at times.

Some may view Loáisiga as a potential trade piece of the Yankees are looking to add infield talent and another big bat. His progression is clearly something to be excited about if you’re a Yankee fan, and holding onto him is ideal.

His numbers have improved over three consecutive seasons, and if he can take another successful step forward, enjoying a 1 mph increase in fastball velocity this past year, he could catapult himself into one of the best bullpen arms in baseball.