Yankees have a big decision to make with catcher Gary Sanchez 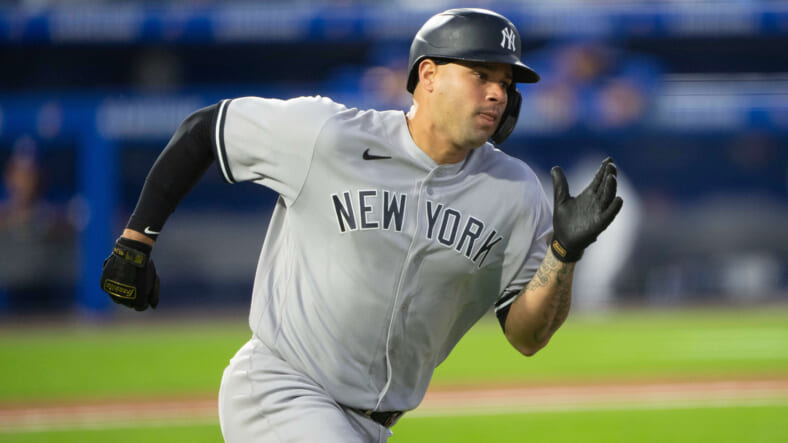 The New York Yankees have prioritized solving the shortstop position and adding starting pitching talent, but they have a big question at catcher where Gary Sanchez still resides.

Once general manager Brian Cashman solves his most critical vulnerabilities, he may have to shift his attention over to a spot that simply hasnâ€™t been consistent due to Sanchez’s lack of production and efficiency on both sides of the ball.

Sanchez has spent seven seasons wearing pinstripes in the Bronx, with his best campaign coming back in 2017 when he recorded a .278 average with 33 homers and 90 RBIs. During that campaign, Yankee fans saw the potential of Gary, but he hasnâ€™t been able to replicate those numbers by a long shot.

Whether it be a shift in strategy or fundamentals, Sanchez has peaked at .232 with 34 homers and 77 RBI since then, watching his strikeout rate skyrocket in the process.

This past season, Sanchez posted a .204 average with 23 homers and 54 RBIs, logging a 27.5% strike out right and -3.8 offensive WAR. Gary relies heavily on his power to make up for a lack of contact hitting, with a career average 43.2% hard-hit percentage. His exit velocity was the lowest it has ever been this past season at 89.5 mph.

Defensively, Sanchez has been a liability at times, posting a .994 fielding percentage with six errors this past season, showcasing one of his better campaigns behind the plate. However, he produced a measly 17% caught stealing percentage, the worst of his career and 11% fewer than his 2020 statistic.

At this point in time, the Yankees need to be considering alternatives, but they donâ€™t have many options this free agency. They could wait for Austin Wells, one of their young stud prospects, to reach the majors, but heâ€™s likely a few years away from that reality. The available options on the market include Yan Gomes, Martin Maldonado, Roberto Perez, and old friend Austin Romine.

With one year left of arbitration before Sanchez hits free agency in 2023, it seems as if the team will likely roll with him for one final year before making a change. There will be far more options next off-season to consider.