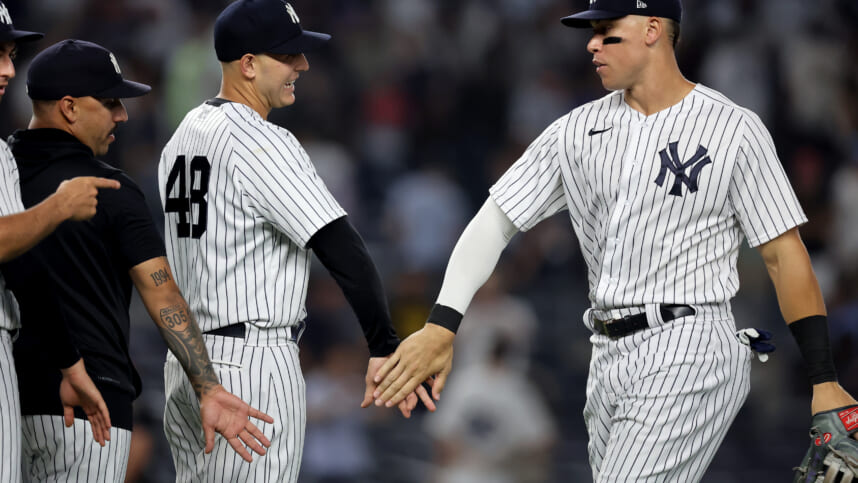 The MLB World Series is officially over, with the Houston Astros’ victory against the Philadelphia Phillies in six games. That means free agency will begin on Thursday at 5:00 p.m. EST. The New York Yankees have several players hitting the market.

It’s important to point out that Anthony Rizzo could join the free agent pool if he officially declines his 2023 player option, worth $16 million. He had a great season and may want to leverage it into a multi-year contract.

The Yankees have one clear priority

The Yankees’ number one priority should be doing whatever it takes to re-sign Judge. Not only he established a new American League record in home runs over a single season with 62, but he also hit .311/.425/.686 with 133 runs scored, 131 RBI, and 16 stolen bases.

Judge, who rejected $230 million over eight years from the Yankees before the campaign started (he didn’t want to negotiate once the season began), bet on himself and it paid off. He comfortably led MLB in WAR with 11.5 and wRC+ with 207.

The Yankees might be interested in bringing Benintendi back to play left field, as he is above-average both offensively and defensively. Carpenter was so good over the regular season that he might look for a larger contract, probably from another team.

If Rizzo ends up exercising his opt-out as expected, he becomes a top priority, too. The rest of the group looks unlikely to return to the Bronx, although the Yankees may look to bring Taillon back depending on how the market develops.