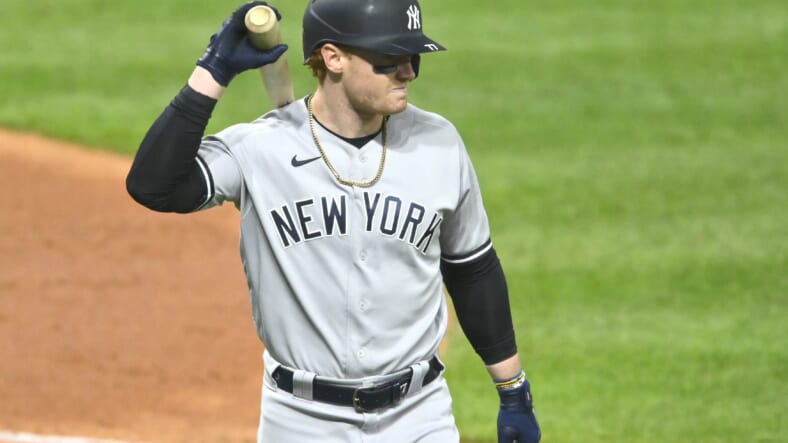 The New York Yankees completed a series sweep over the Chicago White Sox on Sunday afternoon, increasing their winning streak to six straight games. Altogether, it was a competitive contest that leaked into the bottom of the ninth inning, with the Yankees had a tremendous opportunity to seal the win. Ultimately, they did just that, as Aaron Judge stepped up to the plate with one out and the bases loaded but remained patient. Chicago closer Liam Hendricks walked Judge and drove in the winning run. That’s one way to WALK off a game!

The Yankees played solid baseball, as their pitching once again performed well until the relief began to let the game slip away.

There were plenty of positives in the victory on Sunday, including Jameson Taillon putting together his best outing of the year. Over 5.0 innings, he allowed two hits and two walks, striking out four batters over 80 pitches. The Yankees have now extended their streak to 35 straight innings where starting pitchers havenâ€™t allowed an earned run.

Jameson brought his ERA down to 5.06, as he entered the day with an ERA of 5.73. The bullpen struggled to help close out the game early on, as Wandy Peralta allowed two runs and one hit, recording just one out before being replaced by Chad Green. Thankfully, Jonathan Loaisiga helped the Yankees reach the ninth-inning, where are Aroldis Chapman gave up his first run of the year, forcing the Yankees to win this game in the final moments.

It was odd to see the bullpen struggle on Sunday, as theyâ€™ve been phenomenal this season along with the starting pitching as of late. However, somewhat ironically, the Yankees’ offense stepped up to the plate and willed the team to victory over a quality Chicago team who is seven games above .500 after the loss.

Offensively, a few of their hitters had quality outings, including Gleyber Torres, who had three hits for the second consecutive game, and Clint Frazier, who also had his first three-hit game of the 2021 season. Without their efficiency and production, the Yankees wouldâ€™ve lost this contest.

Frazier bounced back from a stiff neck which kept him out for the past few days, showing up at the right time and shaking off the injury with ease. Hopefully, he can continue the string of production, as he desperately needs to offer more value at the bottom of the order.