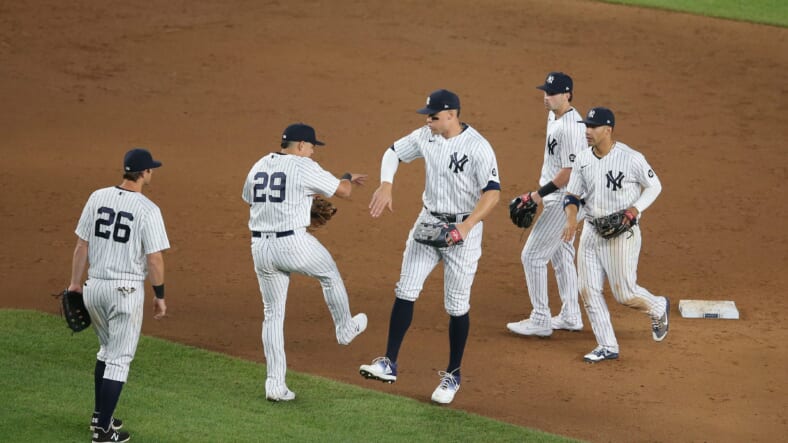 In glorious fashion, the New York Yankees trampled the Houston Astros on Tuesday evening, starting off their revenge tour in perfect fashion. Fans did not take it easy on Houston for their cheating ways, and that spark of excitement and energy helped push the Yankees over .500 on the season for the first time.

In fact, there were four derogative Jose Altuve chants in the first inning alone, and they continued throughout the contest. It is clear that fans around the league, especially the Yankees, want to torture the Astros as much as humanly possible for their transgressions. Altuve is at the heart of it all, having hit a homer off Aroldis Chapman to knock the Yanks out of the postseason several years ago. That was the beginning of the end.

As for Tuesdayâ€™s victory, the Yankees started off poorly, as Domingo Germany gave up a first-inning home run. However, it didnâ€™t take much time for the Bombers to respond, as Giancarlo Stanton launched a moonshot to drive in DJ LeMahieu and give the Yankees a 2-1 lead. Clint Frazier grounded into a double play with the bases loaded, which drove in a run, but the Houston Astros fought back. Michael Brantley smacked a solo shot to right field and Yuli Gabriel double to left, driving in Yordan Alvarez.

With Houston tying the game, the Yankees couldnâ€™t let them steal this one out from under them. In the sixth inning, the Yankees drove in four runs, plastering Houstonâ€™s bullpen.

Of course, the victory was much needed for not only the fans but for the players as well. Hopefully, it will brew a bit of confidence within them and help to continue this 10-4 string of games they are on.

As for the pitching, Domingo German was good, not great. Over 5.0 innings, he allowed four hits and three runs, two of which were homers. Not his best performance, but in arguably the Yankees’ biggest game of the season, he didnâ€™t get blown out either. The bullpen was absolutely fantastic, a regular trend for them this season.

The only bad news came in the form of a minor injury:

Rougned Odor suffered a left knee injury after colliding with Martin Maldonado at home-plate on Tuesday evening, but the injury isn’t expected to be serious:

â€œHoping that some good news comes with that,â€ managerÂ Aaron BooneÂ said. â€œHe was moving around pretty good here actually before he left, even in the clubhouse and stuff. But I donâ€™t really want to speculate other than to say weâ€™re hopeful that we get some decent news.â€

Everything seems to be good on that end, as the Yankees continue to push forward and gain momentum. It was a tough start to the campaign, but they are quickly finding their groove and currently sit 2.5 games back from the Boston Red Sox in the American League East.