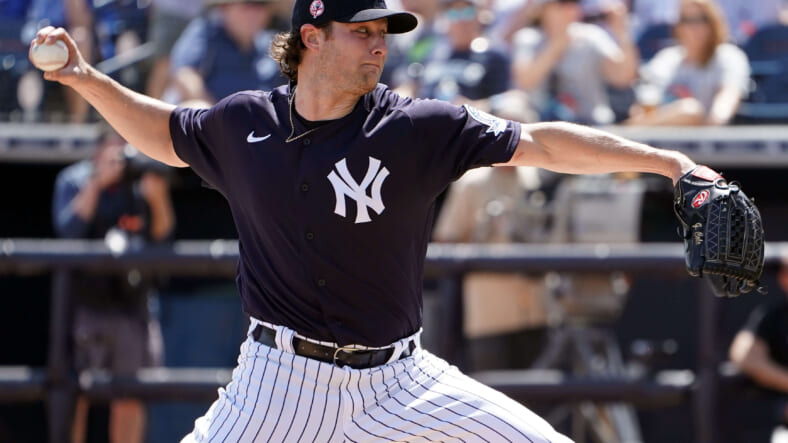 The New York Yankees faced off against the Detroit Tigers on Monday afternoon, securing a 5-4 victory in their first win of the 2021 spring training. The Yankees have a busy schedule ahead, as they take on the Baltimore Orioles on Tuesday afternoon. However, this victory featured plenty of faces, including two starting pitchers for the Yankees who will have a significant impact on the season ahead.

Coming off a loss to the Toronto Blue Jays on Sunday, they rebounded nicely, with some depth pieces showing up offensively to give the Yankees a late lead.

Good news for the Yankees:

The good news for the Yankees comes in multiple ways. Gerrit Cole survived his first outing of the off-season, despite giving up a run and three hits in his lone inning. To see him walk away with some preparation under his belt and no injuries suffered is a positive sign, especially since he was batted around during spring training last year as well. Cole turns up the notch once the regular season starts, so I wouldnâ€™t feel any discomfort from this small sample size.

One of the more exciting outings of the day was Jamison Taillon, who recorded one strikeout and enjoyed a 1,2,3 inning in the 2nd. Nestor Cortes Jr. was also solid in relief, recording two strikeouts in the sixth inning.

However, it was catcher Gary Sanchez who stole the show in the third, launching a 429 foot home run to dead center. Sanchez has obviously been mentioned quite frequently this off-season, especially coming off a disappointing 2020 campaign. Last year, he hit .147 with 10 homers and 24 RBIs. He recorded a career-high 36% strikeout rate and logged a negative WAR for the first time as a Yankee. This HR will hopefully start a new trend, one more positive and productive than in recent years.

We can’t forget about Chris Gittens either, who hit a Grand Slam in the bottom of the fifth to give the Bombers a 5-3 lead.

The bad news for the New York Yankees is minimal, with most of it coming in the pitching department. Jhoulys Chacin allowed two earned runs and two walks over just one inning, watching his ERA spike to 18.00. His disappointing performance was accompanied by Cole, and Albert Abreu, who both allowed an ER in their lone inning of work. Offensively, Tyler Wade failed to get on base, but the batting order was composed mostly of reserve options.

With an extremely condensed schedule, the Yankees will have plenty of reps to iron out their depth pieces and starting roster.