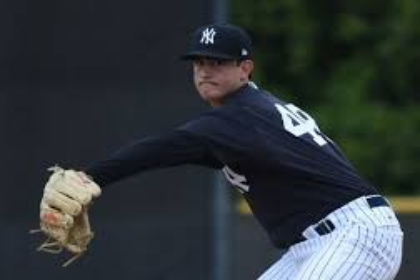 The New York Yankeesâ€™ bullpen had a very good year, even though some of the expected contributors, such as Darren Oâ€™Day and Zack Britton, had injury issues or underperformed, like Aroldis Chapman for large stretches. However, it could have been even better.

â€œCould have beenâ€ is the key phrase here. Because it wasnâ€™t. Garrett Whitlock, a Yankeesâ€™ farmhand, was left unprotected in last yearâ€™s Rule 5 Draft, and the Boston Red Sox, a team that wasnâ€™t expected to go as far as they did, took a chance on him.

Whitlock was a breath of fresh air for the Yankeesâ€™ rivals. He made 46 regular-season appearances in 2021, finishing with a fantastic 1.96 ERA. The postseason, the biggest of stages, was more of the same for the talented righty: he had a 2.16 ERA in five appearances there, and helped Boston reach the American League Championship Series.

The Yankees made a blunder with the talented righty

While speaking on Tuesday , Yankeesâ€™ general manager Brian Cashman admitted that he whiffed on Whitlock and congratulated the Red Sox for securing his services.

Per the Boston Globe (link to NJ Advance Media article here): â€œObviously, it turned out that it came back to bite us. He was rehabbing from Tommy John and the player that arrived Day One in spring training wasnâ€™t the player that left us. It was just a completely different animal with a lot more juice on his velo â€¦ Boston obviously took advantage of it. And they wound up with a gem. So kudos to them and disappointment for us.â€

Red Soxâ€™s chief baseball officer Chaim Bloom said over at the Winter Meetings that Whitlock could be seen as an option to start next season. That was his role for most of his Yankeesâ€™ career in the minor leagues.

However, the Tommy John surgery changed the Yankeesâ€™ plans and the rest is history.