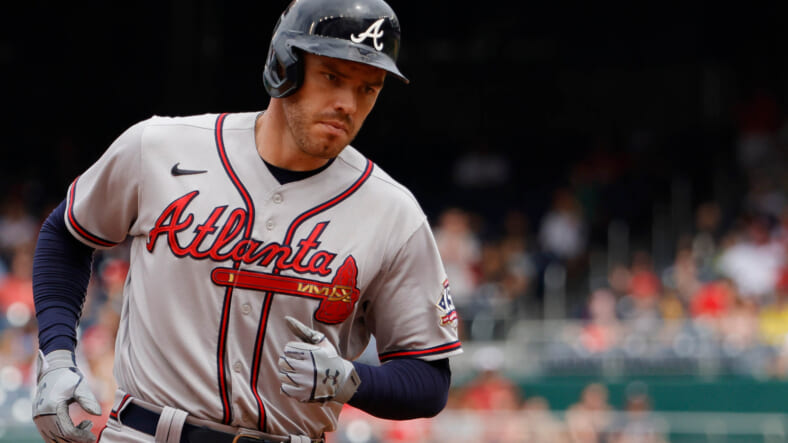 With the December 1 lockout preparing to commence, the New York Yankees are heating up with free agency talks at the final moment. While shortstop remains a major concern and need, it is likely that both Carlos Correa and Trevor Story will be available when teams are able to negotiate once again.

However, it depends on the MLB and Players Union to come to an agreement on several pressing issues, most of which deal with the financial security of the players and retention for owners.

However, general manager Brian Cashman indicated he had a bit of flexibility this off-season monetarily, and it seems as if the Yankees have been contacting the representatives of star first baseman Freddie Freeman.

Freddie Freeman is the superstar free agent to watch today. While many have expected him to return to Atlanta, the Yankees and Dodgers are among the teams with interest, as @JonHeyman has noted. Freeman also could fit the Red Sox. @MLB @MLBNetwork

The Yankees would be gaining a bonafide star, but at what cost?

Adding a player like Freeman would be an exponential upgrade, despite Anthony Rizzo performing well after the trade deadline this past year. Freeman is coming off a World Series victory, posting a .300 average with 31 homers and 83 RBIs during the regular season. His 15.4% strikeout rate would be a welcomed statistic within a Yankees batting order that strikes out far too often.

While it is believed that Freeman statistically ends up signing a new deal with the Atlanta Braves, it is possible the Yankees offer him a long-term contract that allows him to settle. As a lefty hitter, he would add much-needed diversity to the batting order, and at 6’5″ and 220 pounds, he contains incredible power.

Nonetheless, Freeman is 32-years-old, and if the Yankees offered him a deal that stretches beyond five years, he would be approaching 40 by the time it concludes. However, you canâ€™t put a price on elite-level talent, and Freeman represents that at first base. Ultimately, it boils down to how much Cashman is willing to spend and if Freddie is willing to leave Atlanta in the first place.

The Yanks may have to offer Freeman a 6-year deal worth $30M per season.